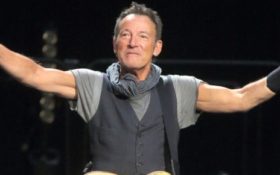 Outspoken liberal rock star Bruce Springsteen has a message for Democrats: Shape up, or get ready to watch President Donald Trump be re-elected in 2020.

The 69-year-old rocker told a foreign paper, The Sunday Times, that it was a shame liberals were unable to win more seats in the 2018 midterm. He also warned that Democrats had become too used to losing.

In other words, Springsteen said that elitist Democrats weren’t talking the language of blue collar Americans.

When asked if he’d consider running against Trump, the aged music star said he was not interested “in any way, in any form. I’d be terrible.”

Far from the criticism of Hollywood liberals, Trump himself spent the weekend reaching a trade “cease-fire” agreement with China while on an international diplomatic trip to Argentina.

He also signed a revamped three-way trade deal with Mexico and Canada as part of his “America First” foreign policy.

The summit Trump was attending, G-20, also included U.S.-preferred language on reforming the World Trade Organization — something Trump demanded — and made note that the U.S. opposed the Paris climate agreement, which the president has announced plans to exit.

On Sunday, Trump spoke to reporters about his respect for the late President George H.W. Bush.

“We’ll be spending three days of mourning and three days of celebrating a really great man’s life. So we look forward to doing that, and he certainly deserves it. He really does. He was a very special person,” Trump said.

Who would do a better job running America?