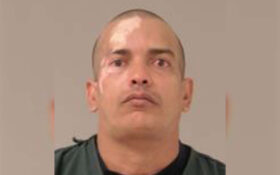 A gruesome discovery out of Minnesota made national headlines to end the week.

Police say that a woman in Shakopee, Minnesota was decapitated…

According to media reports of the incident, police responded to a homicide call before finding a headless body on the sidewalk near a downtown intersection where she was pronounced dead at the scene.

On July 28, 2021, at approximately 2:31 p.m., Shakopee Police officers responded to a report of a homicide near the intersection of 4th Avenue and Spencer Street. A suspect is in custody, and there is no threat to public safety. An investigation is ongoing. We do not believe this

And police say they have the suspect in custody — 42-year-old Alexis Saborit — her alleged boyfriend who is currently being held in jail on charges of second degree murder.

Authorities familiar with the matter explain that they don’t believe the act was a random one.

Local Minnesota news station KMSP reported that Thayer had been a victim of abuse at the hands of the suspect, Saborit.

In the wake of the tragic death, community members have been left to mourn the “sweet” and “kind-hearted” immigrant from Cuba.

A local familiar with Thayer — Nicky Kendrick — expressed her genuine shock upon learning of the horrific news.

“I had no idea it was her at first, and then a mutual friend messaged me and it all clicked,” she said to SW News Media. “I’m devastated, it’s unreal and I just have no words.”

“She was soft-spoken, so funny and always had amazing stories. She always went out of her way to say hi to me when she saw me.”

“She was just truly the kindest to everyone,” Kendrick noted. “I haven’t met anyone as genuinely kind as America was since my late grandma.”

Thursday a vigil was organized for the beloved community member.