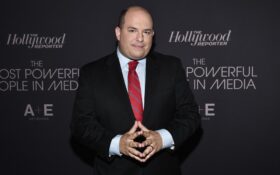 Those who cannot do, teach.

A failed pundit or a disgraced politician can often give his career a second wind inside the academy. Last month, former New York City Mayor Bill de Blasio also announced a new project at the Harvard Kennedy School of Government due to a lack of public interest in his political career.

Stelter began his media career at the age of 22 as a reporter for The New York Times.

In 2013, Stelter left the Times to join CNN. He worked as CNN’s media correspondent and hosted Reliable Sources, a Sunday morning talk show.

As of last month, Stelter no longer serves either role at CNN… and he threw a fit when during his final broadcast.

“I know it’s not partisan to stand up for decency and democracy and dialogue. It’s not partisan to stand up to demagogues,” Stelter said last month. “It’s required. It’s patriotic. We must make sure we don’t give platforms to those who are lying to our faces. But we also must make sure we are representing the total spectrum of debate and representing what’s going on in the country and the world.”

It was Stelter’s most direct reference to what is believed to be the reason for his demise; CNN hasn’t talked publicly about it. Since he started this spring, new CNN chief executive Chris Licht has made clear he wants to tone down opinion, particularly as it made Republicans resistant to the network.

Stelter, who wrote a book about Fox News Channel and was frequently critical of Fox, was a lightning rod for conservatives’ complaints.