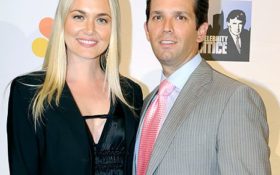 The Trump Organization didn’t immediately respond to a request for comment. It’s unclear what the powder was, however authorities have said the powder has been found to be non-hazardous.

“Vanessa Trump was taken to the hospital as a precaution, police said,” Fox News reported. “Two other people were reportedly also taken to the hospital, according to ABC7NY. The couple has five children, though it was not clear if any were home at the time of the incident.”

The U.S. Secret Service said in a statement: “The Secret Service and our law enforcement partners in New York City are investigating a suspicious package addressed to one of our protectees received today in New York, New York. This is an active investigation and we cannot comment any further.”