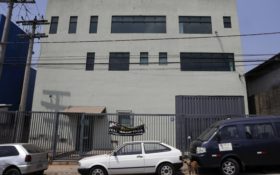 Every day before work, Liliane Souza says, she and three dozen fellow workers at a Brazilian picture-framing factory affiliated with the Word of Faith Fellowship church were obligated to pray.

When workers made a mistake, such as cutting a frame too short, she says they were screamed at and sometimes even hit to expunge the “devil” behind the error. And when Stylofino stopped paying its workers for months, Souza said the company’s co-owners — members of a Brazilian branch of the U.S.-based church — had a ready explanation.

“They said the business was struggling because we were sinners,” she said.

The business and its labor practices are under investigation by Brazilian authorities — just one of several inquiries launched into a pair of churches connected to Word of Faith Fellowship, a secretive evangelical sect based in Spindale, North Carolina.

The Associated Press has learned that Brazilian prosecutors also are looking into possible improprieties in a land deal involving one of the churches. And education ministries in two Brazilian states said they are investigating allegations that church schools physically and psychologically abused students and redacted textbooks in violation of state policy.

The investigations were spurred by AP stories in July detailing allegations that Word of Faith Fellowship created a pipeline of young congregants who say they were brought to the U.S. from Brazil and forced to work at church-affiliated businesses for little or no pay. The stories also documented how the church steadily took over the two Brazilian congregations, instituting a fundamentalist vision that included verbal and physical abuse aimed at expelling devils.

Pastors at the Word of Faith Fellowship branches — located in the Brazilian cities of Sao Joaquim de Bicas and Franco da Rocha — have issued statements denying the accusations, but did not respond to numerous interview requests from the AP.

After the stories about the Brazilian churches were published in July, authorities in both Brazil and the United States launched investigations into the allegations of abuse, forced labor and visa fraud. Investigators told the AP that interviews stemming from that ongoing probe led them to scrutinize the conditions at Stylofino.

The small factory in the Sao Paulo suburb of Franco da Rocha was opened in 2000 by Gerson Jose Garcia and Juarez de Souza Oliveira, according to tax records.

Eight former factory workers interviewed by the AP described a rigid working environment that mirrored the religious fervor of the church and school. Only members of the church could work there: Leaving the church meant leaving the job.

The employees said they were paid minimum wage and worked most national holidays, late at night and on weekends, but never were paid overtime. They were pressured into signing falsified time sheets that reflected vacations never taken and only the limited hours they were supposed to be working, they said.

They also said they were not provided lunch stipends or allowed to sell a portion of their holidays for pay, both of which are mandated by Brazilian law.

Three of the former workers said they began part time while in high school, working off the books as “volunteers” for no compensation.

Andre Oliveira said he started at the factory in 2007 while still in high school and continued into 2009 about eight months after graduating, working almost every day from 1 p.m. to 6 p.m. for no pay.

“I never received even a cent,” said Oliviera, who broke with the church last year and now lives in the United States.

He said he feared that refusing to work would have led to being kicked out of church or “blasting,” a practice in which followers surround a congregant and scream, often for hours.

The workers told the AP that, beginning in 2011, many employees were not paid their regular salaries for more than a year, instead receiving payments months late or just a portion of what they were owed. Employees who complained or said they needed money to pay bills were more likely to get paid, the former members said.

They said the owners blamed the suspension of salaries on the factory having money problems due to workers sinning. Prayer increased, they said, and anybody who questioned what was going on was subjected to blasting.

“They would say, ’A demon took you over! You are out of your mind!” said a former worker who left the church and factory in 2012 and recently gave testimony to federal police. The worker asked not to be identified because of relatives still in the church.

Inside the factory, “They would put you in a chair and people would pray for you. They would shake you, hit you in the face,” the worker said.

Requests for comment left at the home of Granieri and de Souza Oliveira, on Garcia’s cellphone and via Stylofino’s website were not returned.

On Aug. 3, federal police and labor investigators from Brazil’s Justice Department raided the church and school in Franco da Rocha, gathering records and beginning a series of interviews, an official who was not authorized to speak publicly and insisted on anonymity told the AP. The official said that investigators also visited Stylofino the same day, conducting interviews and gathering records.

A woman who answered the phone at Stylofino said the business no longer operated as a factory, but declined to answer further questions. Repeated knocks on the factory door were not answered, and a “for rent” sign was posted outside.

In the course of interviews, former members also told investigators about a deal in which church leaders in the Franco da Rocha branch ended up with ownership of land that initially had been bought in the church’s name. Police inspector Felipe Carbonari confirmed to the AP that an investigation was under way but would provide no details.

The church and school sit adjacent on a large plot that backs up onto a street, with a high fence blocking any outside view. In 1999, the church bought two adjoining parcels for 47,000 reales (then $24,700), according to records reviewed by the AP.

The land was bought with money saved by the congregation over three years by the usual tithing of 10 percent and a number of targeted fundraisers, according to six former long-time members who broke with the church in the past year.

The plan was to build a pastoral home that would house the church leadership and serve as a center of activities, a common practice among Brazilian churches, they said. A home on one of the plots was renovated and Granieri and de Souza Oliveira live there today.

In 2006, the pastors themselves also became the properties’ legal owners, with a seven-member board set up to manage the land, documents show. The records show Granieri was named president and de Souza Oliveira vice president, with four of the remaining board slots filled out by the couple’s relatives.

The former members interviewed by the AP said they were furious when they learned of the property transfers only this year.

“We all worked to buy those lands,” said Flavio Correa, who left the church last year after 25 years and recently provided testimony to investigators. “When you see something like this with people you trusted, it’s like the world is crashing around you.”

Meanwhile, education agencies in both states with Word of Faith Fellowship branches have launched investigations into the churches’ schools.

In its July stories, the AP reported that students were sometimes subjected to the same harsh treatment that church members received, ranging from blasting to sustained isolation. The stories also detailed how textbooks ranging from life sciences to geography were heavily redacted. For example, a photo of a woman applying makeup in a social sciences book was covered completely, as were the genitals of a man in an anatomy book.

De Oliveira said the district would initially look to “correct and monitor” the situation without issuing fines or revoking the school’s license, and that accusations of abuse would be passed on to law enforcement. He declined to discuss specifics of anything found to date.

The superintendent overseeing the school in Franco da Rocha did not respond to interview requests.

Allegations of abuse in the schools are widespread among former members.

Maria Reis said her now 15-year-old son was frequently screamed at and segregated from other students because he had trouble learning. She pulled her son from the school last year and left the church in Franco da Rocha after being a follower for 23 years.

Reis said her decision to break with Word of Faith Fellowship came after she broached the school issue with church founder Jane Whaley, who was visiting Brazil for a wedding.

“‘You are a rebel. You are going against God,’” Reis recalled Whaley telling her. “I came to the conclusion there was no gospel in this church. The objective was just to control people.”