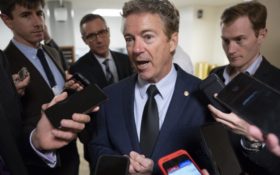 New questions are being raised over the origins of the virus behind the COVID-19 pandemic – and what was once dismissed as a conspiracy theory is finally getting recognition as a potential starting point of the pandemic.

The prevailing story is that the first infections were from the now-infamous “wet markets” in Wuhan, China.

However, the city is also home to a lab known to study these types of viruses.

Many observers found that just too coincidental – but were censored for even wondering aloud if there was a link between the lab and the pandemic.

Now, an article in the prestigious Proceedings of the National Academy of Sciences is urging a full investigation.

In the article, economist Jeffrey Sachs and Columbia University molecular pharmacology and therapeutics Prof. Neil Harrison reportedly wondered aloud if scientists at the lab altered the virus to study its effect on the lungs.

According to a review by The Intercept, Sachs and Harrison pointed specifically to eight amino acids on the infamous “spike protein” of the virus that are virtually identical to the sequence of amino acids on human airway cells.

They zeroed in specifically on what’s known as the furin cleavage site on the virus, or the FCS.

“We do not know whether the insertion of the FCS was the result of natural evolution — perhaps via a recombination event in an intermediate mammal or a human — or was the result of a deliberate introduction of the FCS into a SARS-like virus as part of a laboratory experiment,” they wrote, according to The Intercept. “We do know that the insertion of such FCS sequences into SARS-like viruses was a specific goal of work proposed by the EHA-WIV-UNC partnership within a 2018 grant proposal (“DEFUSE”) that was submitted to the US Defense Advanced Research Projects (DARPA).”

They’re not arguing that this virus was created in the Wuhan.

Only that it’s a possibility that it happened – especially given that 2018 grant proposal – and that it hasn’t been explored nearly enough.

In itself, that would appear to be an uncontroversial opinion.

And it would seem logical to at least explore the notion that the virus was either created in that lab, or was under study in that lab, when it “escaped” by sickening a worker or workers, as some have theorized.

Yet the left dismissed any notion of a lab origin, whether “created” or “escaped,” as a conspiracy theory.

And social media censored any attempt to even discuss it.

“For a long time, any speculation about a potential lab leak was literally banned from major social media platforms,” The Intercept noted. “You’d have your posts taken down and you might even have your entire account deleted just for discussing it.”

But that changed last year when an unlikely voice on the left spoke out: the comic Jon Stewart, former host of The Daily Show.

At least some lawmakers are also skeptical that the virus has a natural origin.

Paul promised that a Republican victory in the midterm elections would lead to answers.

“When we take over in November, I will be chairman of a committee and I will have subpoena power,” Paul said. “And we will get to the bottom of where this virus came from.”