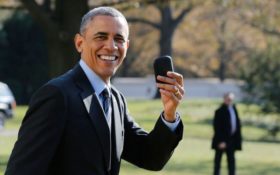 A former FBI lawyer confessed under oath that former President Barack Obama’s administration ordered the FBI not to indict former Secretary of State Hillary Clinton over her illegal email server in 2016.

That’s according to Lisa Page, whose closed door testimony before the House Judiciary Committee was released Tuesday — and the news has critics calling for charges to be filed against the former president for criminal conspiracy and obstruction of justice.

Rep. John Radcliffe, R-T.X., released the sealed transcript to confirm that during the 2016 presidential election, the Obama administration was actively interfering in the investigation of Hillary.

“Okay. So, let me if I can, I know I’m testing your memory, but when you say ‘advice you got from the Department,’ you’re making it sound like it was [Obama’s Department of Justice] that told you: You’re not going to charge gross negligence because we’re the prosecutors and we’re telling you we’re not going to bring a case based on that?” Ratcliffe asked Page during the questioning.

Page interrupted the question, according to the transcript, with a simple answer: “That is correct.”

Lisa Page confirmed to me under oath that the FBI was ordered by the Obama DOJ not to consider charging Hillary Clinton for gross negligence in the handling of classified information. pic.twitter.com/KPQKINBtrB

Page was questioned by the House Judiciary Committee in 2018 over thousands of text messages she exchanged with disgraced FBI agent Peter Strzok over a suspected anti-Trump conspiracy theory. In the text messages, the two discussed a secret  “insurance policy” they’d put in place against Trump, as well as a “media leak strategy.”

After the investigation into Hillary, Page was reportedly part of an organized “resistance” within the FBI that vowed to undermine Trump’s administration after the 2016 presidential election. Both Page and Strzok were fired from their jobs at the FBI after some of their anti-Trump text messages surfaced — 50,000 of which were later inexplicably deleted.

According to Page’s testimony, the text messages — which included statements like “we’ll stop Trump”— all meant “exactly what they say.”

“Page also testified that the DOJ and FBI had ‘multiple conversations … about charging gross negligence,’ and the DOJ decided that the term was ‘constitutionally vague’ and ‘had either never been done or had only been done once like 99 years ago,’ and so ‘they did not feel they could sustain a charge,'” Fox News reported.

These orders, Page admitted under oath, were coming straight from Obama’s White House.

For years, critics have claimed that the investigation into Hillary’s illegal servers was tainted by political partisans within the FBI and Department of Justice.

Page’s testimony seems to have confirmed that.