Bob Saget shocking cause of death revealed - The Horn News 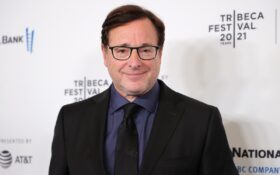 Comedian and actor Bob Saget died last month in a hotel room. Authorities denied any signs of foul play or drug abuse, according to The Associated Press.

At the time, fans mourned the loss of a television fixture… and now they know the cause of death.

Saget, 65, died of a brain bleed, according to the authorities cited in his family’s statement.

He may have hit his head and then fallen asleep for the night — without knowing the extent of his injury.

“The authorities have determined that Bob passed away from head trauma. They have concluded that he accidentally hit the back of his head on something, thought nothing of it and went to sleep,” Saget’s family told TMZ in a statement Wednesday.

“No drugs or alcohol were involved.”

Saget was found dead in a Florida hotel on Jan. 9, shortly after performing nearby on his stand-up tour. The AP reached out to the medical examiner of Orange County, Florida, but the AP did not receive an immediate response.

The family told TMZ, “Now that we have the final conclusions from the authorities’ investigation, we felt it only proper that the fans hear those conclusions directly from us.”

Saget was discovered dead on Jan. 9, after he failed to check out of his hotel room. A hotel security officer entered the room and called 911 after finding Saget unresponsive.

He was best known for his role as beloved single dad Danny Tanner on the sitcom Full House and as the wisecracking host of America’s Funniest Home Videos. He also made a career as a stand-up comic, and he became known for his blue, raunchy routines.

At the time of his death, Saget was on the road as part of his “I Don’t Do Negative Comedy Tour.” After warm audience receptions to his gigs Friday in Orlando and Saturday in the Ponte Vedra Beach resort area, he celebrated online.

“I’m back in comedy like I was when I was 26. I guess I’m finding my new voice and loving every moment of it,” he’d posted Saturday on Instagram.

Saget’s death prompted an outpouring of affection from fans and colleagues, who recalled him as both funny and extraordinarily kind. His widow, Kelly Rizzo, posted a video of him one month after his death.

Saget is survived by his widow Rizzo and his three daughters from a previous marriage.

R.I.P. buddy.
Life can turn to shit in one moment. My heart aches for his whole https://t.co/QgzsNwpO7x often a ruthless business he was historically not just hilarious but more importantly one of the kindest human beings I ever met in my career.
https://t.co/Lwkfx1XBkA