BLM donors: Where did our money go? - The Horn News 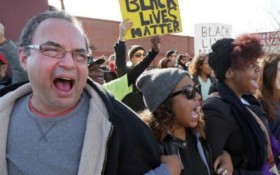 The biggest political winner of 2020 was Black Lives Matter.

The far-left organization went from being a group that most Americans rejected into one of the most beloved brands of the Democratic Party.

Just three years ago, the majority of Americans — 57% — had a negative view of the organization. In 2020, the number had reversed: 54% of Americans approved of the BLM.

BLM became so powerful that it could turn hundreds of thousands of “mostly peaceful protesters” out into the streets, while millions more supported the group from their dorm rooms and mothers’ basements.

All that popularity also brought money. Lots of money.

Now BLM’s donors want to know what on earth happened to that fortune.

The movement’s supporters say there’s no accountability, no transparency, and no clear record of what the BLM’s leaders have done with the millions of dollars that liberal megadonors gave them this summer.

As it turns out, grassroots organizers in BLM’s regional branches have been sitting on jarring questions about the way the national organization handles its finances practically since its founding.

They went public with a “Statement from the Frontlines of BLM” on December 1.

“For years, there has been inquiry regarding the financial operations of (Black Lives Matter Global Network Foundation) and no acceptable process of either public or internal transparency about the unknown millions of dollars donated to BLMGN,” it said.

It noted that donations to Black Lives Matter “ certainly increased during this time of pandemic and rebellion.”

But things have been wrong from the start, its local groups claimed. “Our chapters have consistently raised concerns about financial transparency, decision making, and accountability,” the statement read.

Instead of clearing the air, the national leadership threw up procedural hurdles to keep local leaders in the dark about BLM’s financial status.

They “effectively separated the majority of chapters from BLMGN without their consent and interrupted the active process of accountability that was being established by those chapters.”

Things have only gotten worse since the tragic death of George Floyd.

Black Lives Matters has cashed checks from the wealthiest and most elite corporations including Amazon, Nabisco, DoorDash, FitBit, Tinder, and Gatorade.

No one knows just how much money BLM raked in—especially not its local members—but it’s likely in the tens of millions. BLM raised so much money that the BLMGN went ballistic when it learned people donated $4 million to another group called the Black Lives Matter Foundation, which is not affiliated with its group.

Even with the confusion, the police-hating BLM still made so much money that the New York Times reported, “Black Lives Matter and Other Groups Flooded with Millions.”

But none of that money trickled down to the people in the streets.

The local chapters said that, when they affiliated with the Black Lives Matters’ national organization, they expected that the central office “would support us chapters in our efforts to build communally.”

“To the best of our knowledge, most chapters have received little to no financial support from BLMGN since the launch in 2013,” the statement continued.

BLM’s leaders rushed out a statement in June, promising to give each local group $500,000… which is also how much its Black Lives Matter PAC promised to drop in Georgia’s two Senate run-off elections, especially to support the Democratic Socialist Pastor Raphael Warnock.

But if the chapters have seen any money, they don’t think it’s enough.

They also insist BLM produces a “full financial report from the past and current fiscal sponsors, a report of all contracts and staff and removal of any obstacles for interviews with them.”

So far, the leaders have given their fellow cop-hating activists the cold shoulder.

“My first thought is the old saying: Every great cause begins as a movement, becomes a business, and ends as a racket,” Scott Walter, president of the Capital Research Center, told The Washington Times.

Who knew organizers that identify themselves as “trained Marxists” could be so focused on money?