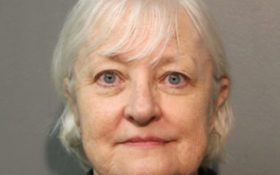 A Chicago judge says she’s happy to hear that a woman dubbed a serial stowaway for repeatedly sneaking onto commercial flights is “doing so well” at the facility where she’s being housed while awaiting trial.

The Chicago Sun-Times reports that Cook County Judge Peggy Chiampas made the comments during a status hearing Tuesday for Marilyn Hartman.

While awaiting trial on felony trespass and burglary charges, Hartman must wear a GPS tracker and must stay away from airports, train stations and bus stations.

Hartman has sneaked onto planes half-a-dozen times and has been caught inside and near airports dozens more. She was arrested last year after sneaking onto a flight from Chicago to London.