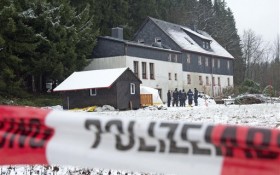 A German appeals court on Wednesday ordered a retrial in the case of a police officer convicted of murder for allegedly killing and dismembering a man he met in an internet chat forum devoted to cannibalism.

The Federal Court of Justice in Leipzig said in its ruling that the Dresden state court last year did not thoroughly enough investigate the evidence presented against Detlev G., whose last name has not been released for privacy reasons.

The police officer is currently serving an 8 ½ year prison sentence after being convicted of killing a 59-year-old businessman from Hannover in November 2013 “to fulfill his sexual desires.” Prosecutors said the Polish-born victim had fantasized about being eaten, but there was no evidence the suspect actually did so.

G., a police handwriting expert, denied murder and said the victim killed himself.

The killing took place at a small hotel south of Dresden owned by the defendant, who filmed himself dismembering the corpse. He later deleted the video, but police were able to reconstruct it. In the video, the policeman could be heard saying “I never thought I’d sink so low.”

Both he and prosecutors had appealed the verdict, as allowed under German law.

The Leipzig court said in its ruling that the lower court had not examined the possibility of suicide closely enough, the dpa news agency reported, but also said it had erred in reducing a possible life sentence to 8 ½ years on the grounds that the victim had expressed a desire to be killed.

“The cards are being totally reshuffled,” presiding judge Guenther Sander said. “From an acquittal to life in prison; anything is possible.”