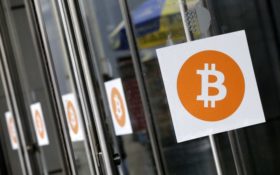 A bitcoin sell-off that began at the beginning of the week is gaining momentum, with a quarter of its value evaporating in just the past 24 hours.

Shortly before U.S. markets opened Friday, bitcoin was trading at $13,659.85, according to the tracking site CoinDesk. The cost had soared close to $20,000 as of Sunday.

That is a radical price change in just one month. In mid-November, the bitcoin was trading at less than $6,000.

The cryptocurrency has been notoriously volatile, with a significant crash every quarter. Yet this week has been a particularly unstable, and could be biggest sell-off for bitcoin in years.