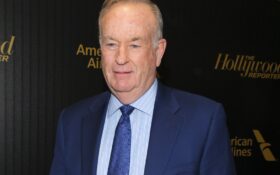 Conservative news star Bill O’Reilly is no stranger to being a critic of former President Donald Trump. O’Reilly was outspoken in sharing his opinions on what he thought Trump did wrong (and right) during his first term in office.

However, O’Reilly surprised viewers by backing the demise of Trump’s biggest rival in the Republican Party on Tuesday: Rep. Liz Cheney, R-W.Y., who was officially removed from her leadership role on a vote Wednesday morning.

“Liz Cheney. Tomorrow, they’ll vote on removing Liz Cheney from her leadership position in the House of Representatives,” O’Reilly said. “She is third.”

O’Reilly said Cheney was ousted because she can’t stop talking Trump, not because of her disagreements with the 45th president — and he said it was the right move for House Minority Leader Kevin McCarthy.

“Why? Why the campaign?” he asked. “We all know you feel that way, congresswoman.”

Instead, O’Reilly said Cheney lost her leadership role because of things like her opinion piece to The Washington Post last Wednesday.

The article — titled “The GOP is at a turning point. History is watching us” — was a scathing attack on Trump’s remaining influence in the GOP.

“Your role as a leader is to consolidate the party so it wins back the House in 2022, not to go out and write op-eds in papers that hate the Republican Party like The Washington Post,” O’Reilly said. “Not to — every time you turn around — to smash Donald Trump.”

“What good does that do? We know how you feel,” he said. “If I were McCarthy, I’d do the same thing.”

“I’m going to predict that Liz Cheney will not win her re-election in Wyoming in 2022,” he concluded.

For her part, Cheney seemed to accept that she would be removed from her leadership role in the House of Representatives — but remained defiant in an impromptu speech on Tuesday night. She blasted Trump as a “liar” over his claims about the 2020 presidential election and said she would not remain silent.

“Remaining silent and ignoring the lie emboldens the liar,” Cheney said. “I will not participate in that.”

“I will not sit back and watch in silence while others lead our party down a path that abandons the rule of law and joins the former president’s crusade to undermine our democracy,” she said.

In a closed-doors meeting that lasted less than 20 minutes, Republican lawmakers used a voice vote to remove Cheney from her position as the 3rd ranking House Republican leader on Wednesday.

You can watch O’Reilly’s segment below.

Then, vote and let us know who you agree with.