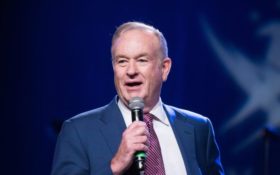 “Obama has been disparaging Trump, who many say is dividing the nation,” Root said. “But you say President Trump should be happy… should be thrilled that Obama is out there? And you have a strategy for the Trump team to use Obama’s words against him?”

“Tell us about your strategy,” Root asked.

Since FDR, O’Reilly points out, there has been an “unwritten code” among former presidents to stay out of politics and avoid “besmirching” their successor.

“It was a matter of respect. All presidents have upheld that… except Barack Obama, who now goes out and says ‘I think Trump is such a threat to the country that I have to speak out against him,’” O’Reilly said.

“When you’re listening to Barack Obama, you get the feeling that he believes that his eight years were good for the country,” O’Reilly continued. “If that’s true, why did the American people throw out the Democrats from the Oval Office … and why was the economy in such a mess?”

Trump should use this, O’Reilly said, by “contrasting” Obama with his own successes with a disciplined message, rather than relying on snarky remarks about falling asleep.

“Let me contrast what I’ve done in a year-and-a-half to what he did in eight years. Let me bring up ISIS, border enforcement, and the economy,” O’Reilly said, speaking as Trump. ”That kind of discipline messaging would really help the Republicans!”

You can see the segment in the following video.

Then, vote below and tell us if you agree —

Do you agree with Bill O'Reilly?