Bill O’Reilly finally catches up to speed… - The Horn News 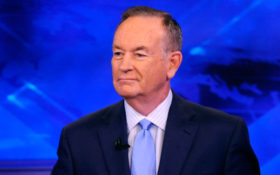 For a year, conservative activists and political strategists aligned with former President Donald Trump have been frustrated by the inaction of special counsel John Durham’s investigation into the origin of the two-year-long, multimillion-dollar Russia probe.

After years of hype by the mainstream media, special counsel Robert Mueller’s final report was a complete bust.

Durham’s investigation is expected to be the same.

While his team found cases of tax fraud and obstruction of justice, Mueller found no insufficient evidence of any wrongdoing or collusion by anyone in the Trump 2016 presidential campaign.

To find out how the entire fiasco started, Trump’s Department of Justice tapped Durham to lead a team to find out about the origins of the probe — the infamous Steele Dossier, the wiretap of his presidential campaign, and more.

After spending two years on his own probe, Durham and his team seems no closer to a conclusion — a source of continuing frustration for conservatives and the former president.

Finally, conservative commentator Bill O’Reilly seemed to catch up to speed that Durham won’t find anything.

And it’s because he doesn’t want to find anything, critics claim.

“Let’s go to the Durham investigation. Now, I hate to tell you this, because it’s a besmirchment of our democracy. This guy is not gonna do jack. I don’t think he’ll release a report that says anything,” O’Reilly said on his The First show Monday.

“According to a Washington Times investigation, he’s only spent a million-and-a-half dollars in — what — two years plus? That’s nothing. That’s just going out to lunch every day, him and his staff. ”

“We don’t know if he’ll ever say anything about the Trump-Russia conspiracy and who was behind that,” he said. “We know it was bogus; it never happened. With Durham … he can’t put it together. We’re not going to get anything out of this.”

O’Reilly then talked about the Wuhan lab probe — and the origins of the coronavirus pandemic.

“Covid. So, now the Wuhan lab in China. Remember after President Trump called it the Wuhan virus, the China virus, that was racist. Remember that?” O’Reilly asked.

“Ugh, that racist man,” he said sarcastically. “That racist man, President Trump. So, Wuhan is ground zero for Covid. So Dr. Fauci and others, for the last year, said … it wasn’t China. Now, we learn, a lot of questionable things are going on in the Wuhan lab.”

He rolled a tape of the mainstream media figures questioning the origin that they originally dismissed as an unfounded conspiracy theory from the Trump administration.

“Will we ever know [what happened in the Wuhan lab]?” O’Reilly asked. “No.”

“We will never know, because the Chinese government will never permit an investigation into the Wuhan lab,” he concluded.

Of course, this is something conservatives have known for over a year.

Welcome back up to speed, Bill.

You can see the clip below —

.@BillOReilly predicts the outcome of the Durham investigation and the Wuhan lab probe.

Watch as even @jonkarl says the media has "egg on their face" over their rush to dismiss the lab theory. pic.twitter.com/QDrnXKd4WG