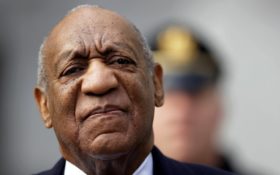 Bill Cosby’s lawyers are challenging the legality of the process under which a Pennsylvania board recommended he be classified as a sexually violent predator.

They also claimed in a court filing last week that the state’s recently revised sex offender registry law is unconstitutional and should not be applied retroactively.

The 81-year-old Cosby is due to be sentenced Sept. 24 on three counts of aggravated indecent assault. He was convicted in April of drugging and molesting a woman at his suburban Philadelphia mansion 14 years ago. He plans to appeal.

A judge must decide whether to accept the finding he is a predator.

The designation would require the former TV star to receive sex offender counseling by a state-approved provider at least monthly for the rest of his life.