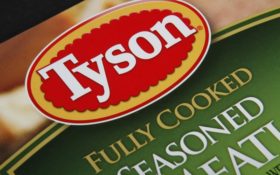 The U.S. government is investigating price-fixing charges against the country’s biggest poultry companies.

The Department of Justice tipped its hand last week when it requested a temporary halt to discovery proceedings in a 2016 class-action lawsuit filed by food service distributor Maplevale Farms.

The government asked the U.S. District Court in Chicago for a six-month delay to protect an ongoing grand jury investigation. A federal judge is scheduled to rule on the request Thursday.

The case is one of nearly 40 filed by grocers, restaurants and others against the poultry companies. Kroger, Walmart, the Hooters chain and Darden Restaurants — which owns Olive Garden — are among those who have sued.

The Justice Department has also been investigating price-fixing in the canned tuna fish industry. In October, StarKist announced it would plead guilty to fixing prices in the U.S. between 2011 and 2013.