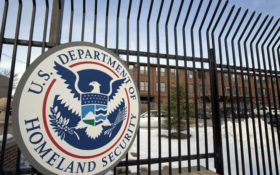 President Joe Biden’s administration has announced they have “paused” the controversial new “disinformation board” at the Department of Homeland Security on Wednesday.

Its leader, Disinformation Governance Board’s director Nina Jankowicz, quit amid a fury of criticism. Jankowicz was dubbed “Scary Poppins” by conservative commentators based on the many singing videos she posted on social media over the years that made fun of Republican causes.

The disinformation board had been deemed the “Ministry of Truth” by critics over free speech concerns, a reference to George Orwell’s dystopian “1984.”

Secretary Alejandro Mayorkas acknowledged the board had become a distraction to the department’s other work, which includes safeguarding U.S. elections, two officials familiar with his decision said.

Jankowicz wrote in a resignation letter Wednesday that the board’s future was “uncertain,” according to the email, obtained by The Associated Press.

While the board has not formally been shuttered, it will be reviewed by members of a DHS advisory council that’s expected to make recommendations in 75 days. The Washington Post first reported the board’s pause.

Federal and state agencies treat disinformation as a national security threat, and in a statement announcing its launch, the Biden administration’s DHS said the new initiative would coordinate efforts around threats of Russian disinformation campaigns aimed at the U.S. and false claims that encourage migrants to travel to the U.S.-Mexico border.

But the new board was hampered from the start by questions about its purpose, funding, and work with an uneven rollout that further confused its mission. Mayorkas struggled to answer questions about the board’s work in front of concerned lawmakers on Capitol Hill earlier this month.

Mayorkas made the decision to pause the board in response to the cumulative negative reaction and growing concerns that it was distracting from the department’s other work on disinformation, according to two department officials who spoke on condition of anonymity to discuss internal deliberations.

“The Board has been grossly and intentionally mischaracterized: it was never about censorship or policing speech in any manner,” the department said in a statement. “It was designed to ensure we fulfill our mission to protect the homeland, while protecting core Constitutional rights.”

DHS officials had tried to quell concerns about how the board would impact issues of free speech and online privacy by describing it as an internal working group intended to study definitions of disinformation across the department.

But many Republican lawmakers remained unconvinced about the board’s work and purpose.

The top Republicans on two key congressional oversight committees said they had a “complete lack of information about this new initiative.” Sen. Mitt Romney, a Utah Republican, told Mayorkas the board was a “terrible idea” that “communicates to the world that we’re going to be spreading propaganda in our own country.”

Twenty Republican attorneys general, led by Jason Miyares of Virginia, threatened Mayorkas with legal action over the board “unless you turn back now and disband this Orwellian Disinformation Governance Board immediately,” Miyares said in a statement.

Reception online and across conservative television shows to the board was even worse.

The phrase “Ministry of Truth” trended on Twitter in discussions about the board. Conservative pundits and social media users pushed some wild conspiracies and concerns, one claiming the board was quickly developed by DHS in response to billionaire Elon Musk’s quest to buy Twitter.

Experts on disinformation warned the controversy around the board could hurt existing efforts to identify and stop the spread of false narratives about elections and hot-button issues in American society.

Russia has tried to influence the last two presidential elections by boosting false stories and using social media to inflame divisions in American society on issues like race and the coronavirus pandemic. The country organized both pro-Trump and anti-Trump rallies, and encouraged Black Lives Matter riots during the summer of 2020. It has continued to spread false and misleading narratives about its invasion of Ukraine. U.S. intelligence officials have also accused China and Iran of peddling disinformation to Americans.

DHS has several ongoing programs to counter disinformation, including the U.S. Cybersecurity and Infrastructure Security Agency’s efforts to debunk claims of election fraud.

But, Otis warned: “It would be really unfortunate if they just decided that disinformation is too publicly sensitive of an issue.

Critics have pointed to statements made by Jankowicz that questioned the provenance of a laptop said to belong to Hunter Biden, the president’s eldest son, and replayed a TikTok video she sang about disinformation to the tune of a song from “Mary Poppins.”

Supporters of Jankowicz have accused the department of not doing enough to protect her from trolls and online attacks.

“It is deeply disappointing that mischaracterizations of the board became a distraction from the Department’s vital work, and indeed, along with recent events globally and nationally, embodies why it is necessary,” Jankowicz wrote in her resignation letter.

DHS officials have not detailed how Jankowicz had been selected for the position.