Biden admin: ‘No signs of a recession'!? Here's what experts say - The Horn News 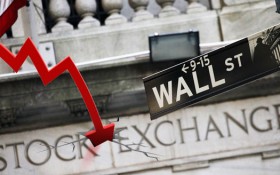 Just five days before the midterm elections, the Biden administration has made its final pitch to voters: Things have never been better, and you should be grateful.

Americans who feel the squeeze every time they go to the gas station, grocery store, or drive-thru say high inflation and low economic activity are their greatest concerns.

But the administration insists the voters just don’t understand how good they have it.

After Biden said the economy is “strong as hell” while chomping on an ice cream cone last month, his advisors and administrators rushed to his rescue.

“I don’t see signs of a recession in this economy at this point,” said Treasury Secretary Janet Yellen. “We have solid household finances We have unemployment at a 50-year low. There are two job vacancies for every American who is looking for work.”

It’s true that unemployment is low, it’s because one in every three Americans has dropped out of the economy. Aside from the COVID-19 lockdowns, the labor force participation rate in September hit its lowest level since June 1977.

It’s true that GDP grew in the third quarter… by an annual rate of 2.6 percent, an anemic number following two straight quarters of economic contraction.

“Don’t be lulled into a false sense of security,” CNBC warned viewers, citing many financial advisors.

Most people would consider two consecutive quarters of negative growth to constitute a full-blown recession… and most economists believe another one is on its way.

“We expect the economy to enter a mild recession in the first half of next year,” said Paul Ashworth, chief U.S. economist at Capital Economics.

“The countdown to an economic recession in the US has officially begun,” said Business Insider, citing the market research firm TS Lombard.

“I think we’re going to see a double dip recession in 2022,” said Maria Bartiromo on Thursday’s “Mornings with Maria” on Fox Business.

While Bartiromo is a fierce conservative foe of the Biden administration, the belief that a recession is imminent spans the political spectrum.

Even CNN posted a headline Wednesday warning, “Recession is pretty much a foregone conclusion.”

The left-wing network quoted Quill Intelligence CEO Danielle DiMartino Booth: “I think the economy has broadcasted that it’s going to be in a recession. The question is: Is it going to be a shallow and quick recession that we get out of?”

Even the CNN reporter worried “it could take years” for the economy to “bounce back” … something their economic expert guest immediately affirmed.

In fact, everyday Americans won’t get back to normal for years to come.

“We have seen households burn through quite a bit of their cash cushion,” Booth told the network. Credit card debt, tight budgets, cutting back on spending all show just “how badly inflation is harming household budgets.”

“You could be talking about a prolonged period of time we are trying to heal,” she concluded. “I don’t know that the economy can handle it.”

That came just after economic researcher Nouriel Roubini told CNN that everyone agrees inflation is destroying American families — and they’re too optimistic.

“You’re going to have an economic and a financial meltdown,” he said.

The Biden economic meltdown will trigger a new era of poverty that some economists believe is never going to end.

Starting next year, the U.S. economy will lose 175,000 jobs a month, according to a report from Bank of America. The job massacre will continue throughout 2023.

Even though Americans will be poorer, prices won’t drop—in fact, they’ll rise in a Third World inflation cycle, an expert warned.

Americans are reeling from an annual inflation rate of around eight percent, the highest level in 40 years.

Get ready for that rate every year, says Roubini. “The new normal” is going to be between five percent and “double-digit” inflation, every year, year-after-year for as long as he can see.

In less than two years, Biden has “driven this country into the ground,” said Tucker Carlson earlier this week.