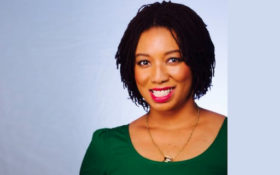 In a stunning defeat for free speech, a journalist for the St. Louis Post-Dispatch just quit her job after being suspended for expressing her positive opinion about the National Rifle Association — in an opinion piece!

That’s right. Liberals have officially begun censoring out conservative thought in the media.

The newspaper suspended Stacy Washington, an outspoken conservative, after she published a piece called “Guns and the Media,” in response to a nasty anti-NRA article that claimed the NRA is a greater threat to Americans than Islamic State terrorists.

It was the sum of all insane liberal logic in just one article, and deserved criticism.

But the message sent to conservatives in the media was clear: Speak out, and you could lose your job.

George Kennedy wrote in The Missourian that since more people die every year from gunshots than from Islamic terror in the United States, the NRA is more of a threat than terrorists.

Washington, a proud supporter of the NRA and a logical conservative, could not allow this absurd reasoning to go unnoticed.

“When has a member of the NRA ever decapitated, set on fire, tossed from a rooftop or otherwise terrorized another American?” Washington asked. “The linkage is not only rife with improper context; it is false on it’s face.”

She continued to address the issue of a lack of conservative voices in the mainstream media, noting, “This failure to represent the opposing, especially conservative, view is an increasingly apparent deficit in the news reporting apparatus in our country.”

The St. Louis Post-Dispatch claims that her suspension was not due to her opinion, but to her professional affiliation with the NRA that they feared was a conflict of interest.

But while Washington did appear on NRA TV and contributed to an NRA documentary, she has never actually been paid by the organization.

Washington no longer works for The St. Louis Post-Dispatch, but she has made it clear that she will not be silent.

Since she quit, she has been very vocal on social media, calling out fake and biased news where it is necessary.

For example, when ABC news had a so-called “healthcare expert” on their show, they failed to acknowledge that he is also a Democratic donor.

So Washington called them out for it Monday.

ABC News Fails To Disclose That Health Care Expert Is Also A Democratic … https://t.co/cmqdc0ujYl via @YouTube

Washington proved her free speech is not one to be messed with.

If one organization is going to revoke her right to express her opinion, she’ll find another platform to do so.

That’s the kind of voice the media needs MORE of.