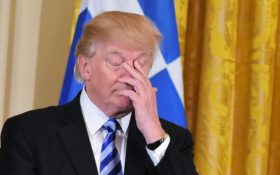 While the mainstream media continues its temper tantrum over President Trump’s tweets, the White House has been busy getting things done.

Here are 10 accomplishments the president has done, that the media largely ignored —

#1: June 30th: The “Securing our Agriculture and Food Act”

What’s more important, a tweet or protecting the nation’s food sources? Fortunately, Trump and his Congressional allies thought a putting protections in place to ensure the safety of America’s food sources had priority and passed the “Securing our Agriculture and Food Act.”

The Act adds “coordination of Department of Homeland Security efforts related to food, agriculture, and veterinary defense against terrorism” to Title V of the Homeland Security Act of 2002.  Not a word from media about this… perhaps their mouths were full.

#2: June 30th: The National Space Council is back

In addition to “Securing our Agriculture and Food Act” on June 30th, Trump signed an executive order to revive the National Space Council, after it stopped functioning in 1993.

The Council advises the president regarding national space policy and strategy.

This law establishes a new office, the “Office of Accountability and Whistleblower Protection.”

The function of the office is to ensure increased accountability for senior level VA employees, reduce benefits or fire VA employees convicted of crimes, and protect whistleblowers from retaliation.

Features of this order include expansion of apprenticeship programs, improving Workforce Development Programs that work, and eliminating programs that don’t.

#5: May 31st: Nothing messes up a narrative that Trump is a racist like a couple of proclamations acknowledging the contributions of people of color to our country.

Perhaps this was the reason the media said nothing of the proclamations that June 2017 is both National Caribbean-American Heritage Month and African-American Music Appreciation Month.

#6: May 4th: In a move that no doubt infuriated the media into silence, President Trump signed an executive order “Promoting Free Speech and Religious Liberty.”

This order does everything the left hates, like requiring government agencies respect religious and political speech.

#7: May 1st: Fact — some departments in the federal government are still using floppy disks.  No Democrats seem concerned, this may explain why the establishment of the “American Technology Council” garnered little media attention.

The Council was put in place “to promote the secure, efficient, and economical use of information technology to achieve its missions.”

The media is willfully and intentionally ignoring the accomplishment of the Trump Administration while filling TV, airwaves, and newspapers with issues of little consequence to the average American.

Do the American people care about Trump’s tweets or protecting the United States’ food supply, cyberspace, and religious liberty?

It’s already clear what the mainstream media cares about.