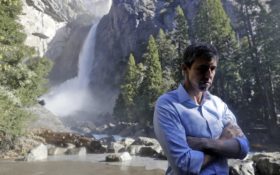 Beto O’Rourke raised just $3.6 million in the second quarter, a dramatic drop that places him among a growing group of Democratic presidential hopefuls who are struggling to raise the cash needed for a credible White House run.

The once-superstar candidate from Texas’ campaign has shifted drastically in expectations over the past few months.

The former Texas congressman entered the race with a glowing cover story in Vanity Fair and the expectation that he would be a formidable contender. But the total his campaign announced Monday night was far less than the $9.3 million he raised last quarter and placed him toward the back of the pack.

It’s the latest sign that two distinct tiers are emerging in the Democratic primary: one that will have ample resources to build a national operation and get its message out and another forced to make difficult financial decisions and triage limited cash.

O’Rourke has struggled to reclaim the magic of his losing 2018 bid against Texas Sen. Ted Cruz, R-T.X. which brought him closer to winning statewide than any Democrat had in years.

He set a fundraising record in that race, bringing in over $80 million.

Yet unlike last quarter when his presidential campaign touted his totals in advance, his staff waited until just hours before the Federal Election Commission’s Monday night reporting deadline to announce how much he had raised.