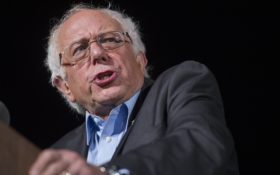 Sen. Bernie Sanders, I-Vt., appeared on CNN Wednesday — and what he had to say in the interview segment stunned viewers.

Speaking with Wolf Blitzer, Bernie made a confession that no one saw coming: Former President Donald Trump was right all along.

“I am not a great fan of Donald Trump and his administration, but he was right in trying to end endless wars,” he said about the troop withdrawal from Afghanistan.

“These wars cannot continue to go on forever, and we’ve got to learn that in many respects, diplomacy, various types of educational aid, health care aid, is much more important and much more effective than an occupying force on the ground,” Sanders added.

His comments come on the heels of President Joe Biden’s decision to prolong the troops’ occupancy in Afghanistan.

Biden recently made the announcement that the troops would be withdrawing later this year on 9/11.

The directive exceeds the timeline former President Donald Trump had ordered troops to leave on the original date of May 1. He signed the order back in February of 2020.

Sanders is giving credit where credit is due.

Wednesday, Biden spoke from the Treaty Room of the White House where ex-President George W. Bush first delivered the announcement that the U.S. would be headed into war with Afghanistan.

“War in Afghanistan was never meant to be a multigenerational undertaking,” Biden said. “We were attacked. We went to war with clear goals. We achieved those objectives. Bin Laden is dead, and al Qaeda is degraded in Iraq — in Afghanistan. And it’s time to end the forever war.”