Beloved commercial actor dies at 63 (Do you remember him?) - The Horn News 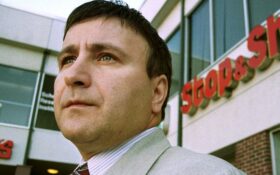 The Massachusetts man who as a 12-year-old boy appeared in an iconic television commercial for Prince spaghetti running through the streets of Boston’s Italian North End has died.

The death of Anthony Martignetti was announced on Facebook on Monday by his brother Andy. He was 63.

“It is with a heavy and hurting heart that we announce to our family and friends that our brother Anthony J. Martignetti passed away suddenly in his sleep last night,” Andy Martignetti wrote. “None of us have accepted this yet and I don’t know when we will. RIP little brother, till we meet again, I love you.”

The 1969 commercial featured a woman — not Martignetti’s real mother — leaning out a tenement window and shouting “Anthony! Anthony!”

The commercial that ran nationally for 13 years cut to the young boy, who had moved to the U.S. from Italy just three years prior, sprinting through the city streets, until he burst panting through the front door.

“I always understood that it was larger than me, that I had a responsibility to preserve what that commercial meant to people,” Martignetti told The Boston Globe last year. “I knew that if I got into trouble, little Anthony from the spaghetti commercial would be all over the paper.”

Martignetti later worked as a court officer in Dedham and lived in Boston’s West Roxbury neighborhood.

He is survived by his parents, wife, son, two brothers and a sister.

A wake is planned for Thursday with a funeral Mass and burial scheduled for Friday.