It ain’t over ‘til it’s over: Beloved Yankee great dies - The Horn News 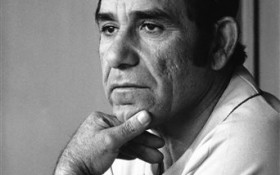 The lovable legend of Yogi Berra? That ain’t ever gonna be over.

The Hall of Fame catcher renowned as much for his head-scratching quotes as his unmatched 10 World Series championships with the New York Yankees, died Tuesday. He was 90.

Berra, who filled baseball’s record book as well as “Bartlett’s Familiar Quotations,” died of natural causes at his home in New Jersey, according to Dave Kaplan, the director of the Yogi Berra Museum.

Berra played in more World Series games than any other major leaguer, and was a three-time American League Most Valuable Player.

For many, though, he was even better known for all those amusing “Yogi-isms.”

Some of his more famous are:

On his approach to at-bats: “You can’t think and hit at the same time.”

On selecting a restaurant: “Nobody goes there anymore. It’s too crowded.”

On economics: “A nickel ain’t worth a dime anymore.”

On the 1973 Mets: “We were overwhelming underdogs.”

On how events sometimes seem to repeat themselves “It’s deja vu all over again!”

On baseball attendance: “If people don’t come to the ballpark, how are you gonna stop them?”

On a slipping batting average: “Slump? I ain’t in no slump. … I just ain’t hitting.”

On travel directions: “When you come to a fork in the road take it.”

On battling the shadows in left field at Yankee Stadium: “It gets late early out there.”

On being told he looked cool: “You don’t look so hot yourself.”

On being asked what time it was: “You mean now?”

On being given a day in his honor: “Thank you for making this day necessary.”

On a spring training drill: “Pair off in threes.”

On his approach to playing baseball: “Baseball is 90 percent mental. The other half is physical.”

On learning: “You can observe a lot by watching.”

On his team’s diminishing pennant chances: “It ain’t over ’till it’s over.”

On the fractured syntax attributed to him: “I really didn’t say everything I said.”

“When I’m sittin’ down to dinner with the family, stuff just pops out. And they’ll say, ‘Dad, you just said another one.’ And I don’t even know what the heck I said,” Berra insisted.

Short, squat and with a homely mug, Berra was a Yankees great who helped the team reach 14 World Series during his 18 seasons in the Bronx.

“While we mourn the loss of our father, grandfather and great-grandfather, we know he is at peace with Mom,” Berra’s family said in a statement released by the museum. “We celebrate his remarkable life, and are thankful he meant so much to so many. He will truly be missed.”

Berra served on a gunboat supporting the D-Day invasion in 1944 and played for the Yankees from 1946-63. His teammates included fellow Hall of Famers Joe DiMaggio, Mickey Mantle and Whitey Ford.

“No! Say it ain’t so. He was a good man, my former manager and friend! RIP Yogi,” former Yankees star Dave Winfield tweeted.

Lawrence Peter Berra, the son of Italian immigrants, got his nickname while growing up in St. Louis. Among his amateur baseball teammates was Jack McGuire, another future big leaguer.

“Some of us went to a movie with a yogi in it and afterwards Jack began calling me Yogi. It stuck,” Berra told the Saturday Evening Post.

He was a fan favorite, especially with children, and the cartoon character Yogi Bear was named after him.

Until recent years, he remained a fixture at Yankee Stadium and in the clubhouse, where the likes of Derek Jeter, Joe Torre and others in pinstripes looked up to the diminutive old-timer.

In 1956, Berra caught the only perfect game in World Series history and after the last out leaped into pitcher Don Larsen’s arms. The famous moment is still often replayed on baseball broadcasts.

After his playing days, Berra coached or managed the Yankees, New York Mets and Houston Astros. He led both the Yankees and Mets to pennants.

In 1985, his firing as manager by the Yankees 16 games into the season sparked a feud with George Steinbrenner. Berra vowed never to return to Yankee Stadium as long as Steinbrenner owned the team.

But in 1999, Berra finally relented, throwing out the ceremonial first pitch of the Yankees’ season-opener.

“We are deeply saddened by the loss of a Yankees legend and American hero, Yogi Berra,” the Yankees posted on Twitter.

Growing up, he was anything but a natural.

Chunky and slow, Berra was rejected by his hometown St. Louis Cardinals after a tryout in 1943. But a Yankees scout recognized his potential and signed him.

He reached the majors late in the 1946 season and homered in his first at-bat. The next year, he continued to hit well, but his throwing was so erratic he was shifted to the outfield, then benched.

His breakthrough season came in 1948, when he hit .315 with 14 homers and 98 RBIs while improving his fielding. In 1949, he compiled a .989 fielding percentage and did not make an error in the All-Star Game or World Series.

“I don’t care who the hitter is,” Yankees Hall of Fame manager Casey Stengel told the New York Journal-American, “(Berra) knows just how he should be pitched to.”

“You never think of that when you’re a kid,” Berra said. “But egads, you gotta be somethin’ to get in.”

Among his boyhood friends was Joe Garagiola, who went on to a career as a major league player and broadcaster. In rejecting Berra at the 1943 tryout, the Cardinals signed Garagiola, another catcher, instead.

Berra was born in St. Louis on May 12, 1925, the son of Pietro, a laborer in a brickyard, and Pauline Berra. He grew up in “The Hill,” or Italian district, with three older brothers and a younger sister.

Berra was forced to drop out of school in the eighth grade and go to work to help support his family. He took jobs in a coal yard, as a truck driver and in a shoe factory.

He continued to play amateur baseball, which brought him to the attention of major league scouts.

In 1943, his first professional season with the Yankees’ farm team in Norfolk, Virginia, was interrupted by World War II.

Berra married his wife, Carmen, in 1949. The couple met in their native St. Louis. Carmen died in 2014. Yogi is survived by their three sons.

Dale Berra, a major league infielder, who briefly played for his father on the Yankees in 1985; Tim, who played one season for the NFL’s Baltimore Colts, and Lawrence Jr.

In 1996, Berra was awarded an honorary doctorate from the state university in Montclair, N.J., where he and his family lived. The university also named its baseball stadium for Berra. The adjoining Yogi Berra Museum opened in 1998.

The museum houses Berra memorabilia, including what he said was his most prized possession, the mitt he used to catch Larsen’s perfect game.

He tickled TV viewers in recent years by bringing his malapropisms to a commercial with the AFLAC duck. (“They give you cash, which is just as good as money.”)

His wife once asked Berra where he wanted to be buried, in St. Louis, New York or Montclair.