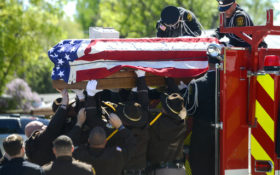 A Montana sheriff’s deputy who was killed in the line of duty last week was remembered as a family man, a man of faith and a dedicated public servant who could be tough when he needed to be but still played dolls with his daughter.

Hundreds of law enforcement officers, family and friends gathered Tuesday to honor Broadwater County Sheriff’s Deputy Mason Moore a week after he was shot to death during a pursuit near Three Forks. 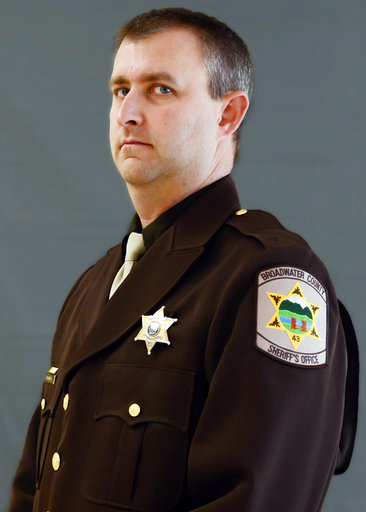 One suspect in Moore’s death is jailed, while that man’s son — who is believed to have fired the fatal shots — died after being shot in the head by officers at the end of a pursuit near Missoula. An investigation found they had gone out that night intending to get into a gun battle with law enforcement officers.

Jodi Moore told those gathered at The Bridge Church in Belgrade that her husband of 18 years had written her a letter in case something like this happened.

“He said: ‘Don’t let hate take over your life. I enjoyed every moment of life with you. Enjoy life,’ ” Jodi Moore said, adding that she doesn’t want people to be sad when they see her and their children — twin sons Chase and Cole and daughter Branna.

“Look at us and be glad that we are loved and will continue to be loved by this wonderful man,” she said.

Pastor Curtis Crow said he last spoke with Moore late on May 15, about six hours before he was killed. He said Moore had recently told him how proud he was of his sons and their athletic endeavors as well as their efforts to stop bullying on the school playground.

When the family first moved to Montana, Moore was a stay-at-home dad, Crow said.

“Sometimes I’d run over and knock on the door just to see what Mason was doing, and sometimes he’d have a crown on his head,” Crow said. It wasn’t uncommon for there to be fingernail polish and glitter involved when he was playing with his daughter, he said. 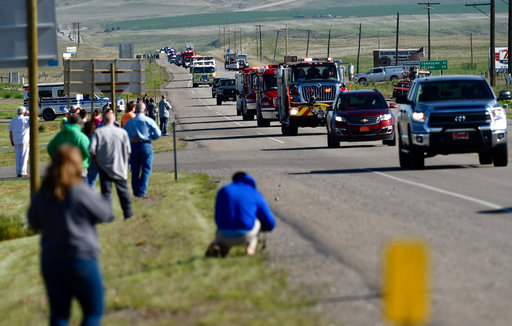 Moore was near the end of his shift early on May 16 when he began what would be his final pursuit.

Broadwater County Sheriff Wynn Meehan said he received a call in the middle of the night about the pursuit. About two minutes later, he got a call saying dispatchers couldn’t reach him on the radio.

Meehan said he was driving to the area of the pursuit when the dispatcher told him an officer who had arrived on the scene had requested a coroner. Moore, 42, had been fatally shot.

Meehan said the best way for fellow law enforcement officers to honor Moore was to: “Get back in our cars, put our duty belts back on and stick that shiny star on our chest and keep doing what we do.”

Moore is to be buried in his home state of South Carolina.