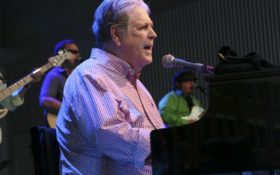 Wilson, 76, said in a statement Thursday that he postponed the Pet Sounds and Greatest Hits Live tour after a recent surgery caused him to feel “mentally insecure.”

The singer says he’s dealt with mental illness for decades and it’s become “unbearable” at times. He had three successful surgeries on his back in the past year, but the latest one made him feel “strange” and turned “pretty scary.”

Wilson says he was recording and rehearsing with the intentions of touring. But his mental health issues returned, and he says he struggled with “stuff in my head and saying things I don’t mean and I don’t know why.”

Wilson plans to work with his doctors, rest and recover.