Bank of America official gets prison in $1.5M embezzlement scheme - The Horn News 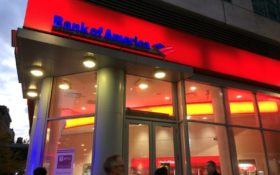 A former Bank of America manager who pleaded guilty to embezzling $1.5 million from a company that did business with the bank and using some of the money to buy a luxury Porsche SUV has been sentenced to a year in prison, federal prosecutors said.

Waqas Ali, 31, of Abington, was also sentenced to two years of probation, including a year in home confinement, and ordered to pay $600,000 in restitution, the U.S. attorney’s office in Boston said in a statement Friday.

He pleaded guilty in October to wire fraud and unlawful money transactions.

Ali was the bank’s client relationship manager for the victim company, prosecutors said.

He opened a checking account in the name of the company without its knowledge or authorization, and between September 2016 and July 2017, fraudulently transferred the money from the victim company’s accounts to the fraudulent account, prosecutors said.

He used more than $600,000 of the money to pay for luxury items, including a $63,000 Porsche SUV and for purchases at Neiman Marcus, Bloomingdale’s, Christian Louboutin and Tag Heuer.

The victim company was not disclosed.

Bank of America fired him in September 2018.