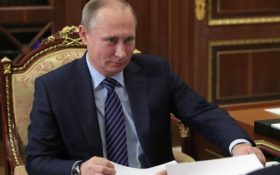 The three Baltic states neighboring Russia closed their borders on Monday to most Russians in response to the wide public support in Russia for its war on Ukraine.

The decision was reached earlier this month by the prime ministers of Lithuania, Latvia, Estonia and of Poland, which borders Kaliningrad — a Russian exclave on the Baltic Sea, surrounded by Lithuania and Poland — saying the move would protect the security of the three European Union nations.

“Russia is an unpredictable and aggressive state. Three quarters of its citizens support the war. It is unacceptable that people who support the war can freely travel around the world, into Lithuania, the EU,” Lithuania’s Interior Minister Agne Bilotaite said Monday.

“These are also security aspects, because such support for hostilities can pose threats to the security of our country and the EU as a whole,” she said.

The ministry said that 11 Russian citizens were stopped from entering Lithuania starting at midnight. Most were trying to enter by land from the Kaliningrad region or from neighboring Belarus. No incidents were reported.

Poland already has a number of restrictions on Russian travelers, but there were no immediate indications of further restrictions starting on Monday, even though the agreement between the four nations said the measure should be introduced by Sept. 19.

Under the ban, Russians wishing to travel to the Baltic countries as tourists or for business, sports or culture purposes will not be allowed in, even if they have valid visas for the EU’s no-checks Schengen zone. There will be a few exceptions, for humanitarian reasons, for Russian dissidents, diplomats in office, transport employees, family members of EU citizens, as well as Russians with residence permits or long-stay national visas from Schengen countries.

The countries cannot, however, stop Russian citizens from entering via another Schengen nation. They want similar measures to be taken by all 27 EU member states, but that has not been agreed so far, although some travel restrictions have been already introduced.

The Czech Republic, which does not share a border with Russia, was one of the first EU countries to stop issuing visas to Russian citizens. The government in Prague approved the measure the day after the Feb. 24 invasion of Ukraine.