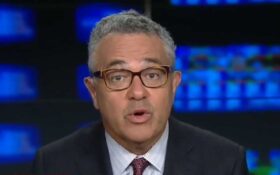 CNN and the rest of the mainstream media have essentially enforced a strict blackout on the latest news about the John Durham investigation.

But it wasn’t so long ago that they were some of his biggest cheerleaders.

One CNN personality declared Durham “a very responsible prosecutor,” while another hailed him as a “a no-nonsense prosecutor.”

Durham was investigating a Republican back then, when he was special counsel in charge of a probe involving the administration of former President George W. Bush and the destruction of C.I.A. tapes related to its torture program.

This one’s against Democrats, as Durham – once again in a special counsel role – investigates the origins of the “Russiagate” fiasco that led to the wild, unsubstantiated claims of Russia colluding with Donald Trump during his 2016 presidential campaign.

Trump has said he was spied on by those working for Hillary Clinton, the Democrats and even those connected to the administration of Barack Obama.

And he was mocked on CNN and by the rest of the liberal media over those claims.

But now that the Durham investigation has made what may be one of its most significant advances yet, this “very responsible prosecutor” is being either ignored, or “debunked” if he’s even mentioned at all.

Durham’s latest court filing accuses a tech executive of exploiting access to White House data to hunt for information that could be used against Trump.

The executive, according to NBC News, is alleged to have given info to Michael Sussmann – a former Democratic Party attorney already indicted by Durham – that Sussmann then gave to the CIA in 2017 alleging that Trump and those close to him were “using supposedly rare, Russian-made wireless phones in the vicinity of the White House and other locations.”

Sussman has pleaded not guilty. A spokesperson for the tech executive told ABC News he is an “apolitical Internet security expert” and denied any wrongdoing.

That’s been the focus of the mainstream media – the denials, rather than the accusations themselves.

And that’s when they cover the story at all.

For the most part, it’s been silence – which is very different from how the media handled Durham’s last special counsel investigation, when he was going after Bush.

“Well, this is a very responsible prosecutor. He has a terrific record. He’s not politically answerable…” he said in January 2008.

Around the same time, then-CNN reporter Ed Henry called him “a no-nonsense prosecutor” who “sent several Connecticut state officials to jail in a mob informant case.”

And Gloria Borger said Durham was “going to answer your questions” about the allegations against the CIA and the Bush administration at the time.

They haven’t been nearly as positive about him this time around.

In fact, they’ve barely mentioned him – and he certainly hasn’t been given the breathless coverage of the Robert Mueller investigation.

“It shows how totally corrupt and shameless the media is,” Trump said in a statement this week. “Can you imagine if the roles were reversed and the Republicans, in particular President Donald Trump, got caught illegally spying into the Office of the President? All hell would break loose and the electric chair would immediately come out of retirement.”

Trump’s allies also spoke out in his defense.

“They were spying on the sitting president of the United States,” Rep. Jim Jordan, R-Ohio, said on Fox News. “And it goes right to the Clinton campaign.”

But there’s one place it hasn’t gone — CNN.

That is, until the story becomes too big to ignore – something Trump predicted will happen.

“I hear there’s a lot coming,” he said in an interview this week with The Epoch Times.