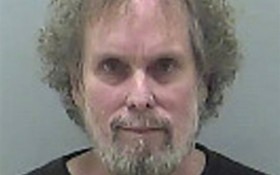 Shiver me timbers! A deep-sea treasure hunter who pleaded guilty to contempt of court after spending years as a fugitive will have to testify before his sentencing about gold he discovered in a historic shipwreck.

Tommy Thompson went missing three years ago amid demands that he appear in court. He and his longtime companion, Alison Antekeier, were apprehended in January at a hotel where he was living near Boca Raton, Florida.

Thompson awaits sentencing in October 2015 after pleading guilty earlier this year to a criminal contempt charge for refusing to testify about the gold he found.

Federal judge Algenon Marbley has rescheduled sentencing for Oct. 29 for the 63-year-old Thompson.

During the week before the hearing, Thompson will have to answer questions in a closed court session about the location of the gold and other assets sought by his investors.