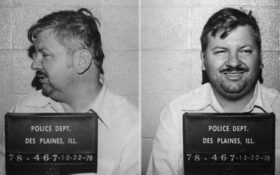 Authorities have identified the remains of one of the victims of John Wayne Gacy, who was convicted of killing 33 young men and boys in the Chicago area in the 1970s.

The victim’s remains were one of six unidentified sets that authorities hadn’t yet identified. The remains of most of Gacy’s victims were found in the crawl space under his suburban Chicago house or buried on his property in 1978.

In 2011, Dart’s office exhumed the unknown victims’ remains in the hopes of identifying them through advances in DNA testing. He asked anyone who had a male relative disappear in the Chicago area in the 1970s, when Gacy was luring victims to his house to kill them, to submit DNA for comparison.

Dozens of people heeded Dart’s request in the immediate aftermath, and samples have continued to be trickle in since then.

Within weeks of the 2011 announcement, the office announced that it had identified one set of remains as those of William Bundy, a 19-year-old construction worker.

In 2017, the office identified a second set as those of 16-year-old Jimmy Haakenson, who disappeared after he phoned his mother in Minnesota and told her that he was in Chicago.

The submission of DNA from people who suspected Gacy might have killed their loved ones has helped police solve at least 11 cold cases of homicides that had nothing to do with Gacy, who was executed in 1994.