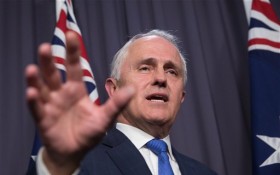 Australia’s leading cybersecurity agency is investigating a breach of the country’s federal parliamentary computing network amid speculation of hacking by a foreign nation.

Lawmakers and staff in the capital, Canberra, were made to change their passwords on the system after the overnight breach.

A joint statement from House of Representatives Speaker Tony Smith and Senate President Scott Ryan says there’s no evidence that data had been accessed in the breach, but investigations are continuing.

“We have no evidence that this is an attempt to influence the outcome of parliamentary processes or to disrupt or influence electoral or political processes,” the statement said.

Though Australian officials have not blamed any country, in 2011 it was reported China was suspected of accessing the email system used by lawmakers and parliamentary staff.

Cybersecurity expert Fergus Hanson, from the Australian Strategic Policy Institute, said it’s likely a “nation-state” was behind the incident.

“There would be lots of juicy correspondence between staffers about who is doing what and dirt files on different politicians,” Hanson said. “There might be interesting information about parliamentary perks that are given to politicians that the public may not like. There may be whole email stashes that could damage one party or another party.”

Prime Minister Scott Morrison said he had been briefed on the matter but could not comment on the source of the attack.

“I should stress that there is no suggestion that government departments or agencies have been the target of any such incursion,” Morrison told reporters.

The cyberbreach follows revelations that parliamentarians in Britain were targeted by an attempt to hack into their email and phone contact lists earlier this week.