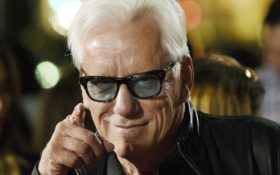 A federal appeals court has rejected an Ohio woman’s defamation lawsuit against actor James Woods over Twitter posts during the 2016 presidential campaign.

In March 2016, a Twitter account mistakenly identified Boulger as a woman who appeared to give a Nazi salute at a rally for then-Republican presidential candidate Donald Trump. Woods’ account retweeted the photos, asking: “So-called #Trump ‘Nazi’ is a #BernieSanders agitator/operative?”

Multiple outlets reported the photo was of another woman, and Woods eventually corrected his tweet.

The appellate judges found Woods’ tweet “could reasonably be read to have an innocent meaning” as merely asking a question.