Another CNN star fired after Zucker!? Insiders say he's next... - The Horn News 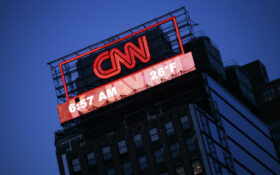 The massive fallout among the top CNN executives and star anchors continued on Tuesday — and the shakeup isn’t over, insiders told RadarOnline.

Zucker was similarly ousted on February 2.

Gollust’s resignation followed the conclusion of an investigation concerning ex-CNN star Chris Cuomo and his brother, former New York Gov. Andrew Cuomo, according to a memo from CEO of WarnerMedia Jason Kilar.

According to two inside sources, Gollust may not be the last.

Top CNN star Brian Stelter — host of Reliable Sources and a close ally of Zucker and Gollust — may also lose his job over the affair, RadarOnline reported on Tuesday.

“Brian has dug in his heels and eulogized over Zucker’s demise. What this does, though, highlights his inadequacies about failing to break the firings of his two friends, when it all went down in the same building he works,” an anonymous insider reportedly told the gossip magazine.

“Make no mistake, Brian is in the crosshairs. Emails, text messages, and face-to-face interviews are going to unravel how he too broke our newsgathering standards and practices,” RadarOnline reported a second insider said. “All Kilar needs to do is find Zucker or Gollust being a source to Brian, about Cuomo or other stories, such as using Reliable Sources to preach about CNN, and he is kaput. Remember, we have standards of journalistic integrity. If I were Brian, I would not be sleeping well tonight.”

Internal pressures to sack Stelter began around the time Zucker was fired from the network, The Daily Mail reported earlier this month. Stelter was reportedly aware of the love affair between the two but did not report it.

“The network needs to step up and fire Brian Stelter,” an insider reportedly told The Daily Mail at the time. “He is allegedly our top media reporter — yet he failed to report on the scoop that everyone in the office knew. And if he wants to say he didn’t know, he is truly terrible at his job.”

A memo from Kilar on Gollust’s resignation read: “The investigation found violations of Company policies, including CNN’s News Standards and Practices, by Jeff Zucker, Allison Gollust, and Chris Cuomo.”

WarnerMedia confirmed the memo and echoed it in a statement. The company declined further comment.

The massive shakeup began when Chris Cuomo was fired from the network after it was revealed in documents released by New York Attorney General Letitia James that his behind-the-scenes role helping craft his brother’s response to harassment charges was more extensive than previously acknowledged.

In Kilar’s memo, he said the investigation that concluded last week relied on interviews and a review of 100,000-plus texts and emails. The inquiry was performed by a third-party law firm and led by a former federal judge, the memo said.

“I realize this news is troubling, disappointing, and frankly, painful to read. These are valid feelings many of you have,” Kilar said. “We have the highest standards of journalistic integrity at CNN, and those rules must apply to everyone equally.”

Gollust fired back in a statement.

“WarnerMedia’s statement tonight is an attempt to retaliate against me and change the media narrative in the wake of their disastrous handling of the last two weeks,” she said. “It is deeply disappointing that after spending the past nine years defending and upholding CNN’s highest standards of journalistic integrity, I would be treated this way as I leave.”

Gollust, a former publicist who rose to the rank of CNN’s executive vice president and chief marketing officer, stayed at the network after Zucker’s resignation earlier this month.

“Jeff and I have been close friends and professional partners for over 20 years,” she said in a statement issued at the time. “Recently, our relationship changed during COVID. I regret that we didn’t disclose it at the right time. I’m incredibly proud of my time at CNN and look forward to continuing the great work we do everyday.”

Prior to joining CNN, Gollust served as communications director for Andrew Cuomo. Like Zucker, she worked at NBC prior to that. Both are divorced.

“I acknowledged the relationship had evolved in recent years,” Zucker wrote in a memo announcing the end of his nine-year tenure. “I was required to disclose it when it began but I didn’t. I was wrong.”

Zucker has been an industry leader since he was executive producer of the “Today” show in the 1990s. In the following decade, he ran NBC’s entertainment division, where he was instrumental in putting the reality show “The Apprentice” starring Donald Trump on the air.