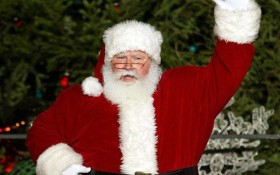 The holidays have barely begun, but we already have the first salvo in the annual War on Christmas.

And for once, it’s GOOD NEWS for those who love, respect and honor the holiday’s Christian meaning.

A jury in Idaho awarded $60,000 in compensatory damages and $15,000 in punitive damages to Jeremy and Kristy Morris after the local homeowners’ association tried to BLOCK a Christmas party, according to the Spokesman-Review newspaper.

One of the stated reasons: Christianity could OFFEND the neighbors!

The Morris family filed the suit against the West Hayden States First Addition Homeowners Association last year when the organization objected to a planned 2014 lights display and party.

On the surface of it, the organization might have had a case: The Morris home was to feature music and a live Nativity scene with a camel – a REAL camel – not to mention enough lights to stock a Home Depot.

Depending on the terms of the homeowners’ agreement, there’s some chance the noise and lights… and probably the camel… could violate the conditions.

But then the story takes a turn, because the organization didn’t just have a problem with the noise and the lights (or the camel).

They got shockingly specific, slamming the couple’s religious faith and their freedom to celebrate it in their own home and on their own property!

“I am somewhat hesitant in bringing up the fact that some of our residents are non-Christians or of another faith,” the letter said. “And I don’t even want to think of the problems that could bring up.”

Never mind that this is just a basic First Amendment issue; Americans have the right to honor whatever faith they choose so long as it harms no one – and the neighbors don’t get a say in that.

The letter also got some digs in at people who love Christmas and want to celebrate with the Morris family.

“It’s not the intention of the Board to discourage you from becoming part of our great neighborhood, but we do not wish to become entwined in any expensive litigation to enforce long standing rules and regulations and fill our neighborhood with the hundreds of people and possible undesirables,” the letter said. “We have worked hard to keep our area peaceful, quiet, and clean.”

Yes, people who celebrate Christmas are undesirables – and a threat to peace, quiet and cleanliness.

It just doesn’t get more disrespectful than that!

Critics have slammed the whole thing as a media stunt, and the couple certainly wasn’t shy about contacting the press over the issue.

But even if it was – even if this was blatant self-promotion and a hunger for attention (not to mention a big legal settlement) – that doesn’t change the fact that the Constitution protects freedom of religion, even for self-promoters.

And no homeowners’ association can overrule that.

“There are very specific limitations for HOA rules,” the FindLaw blog writes in a comment on this case. “And many have been found to be too broad or over-reaching.”

An Idaho jury certainly agrees that warning a couple of “problems” if they publicly celebrate their faith would extend to that.

The Morris family is planning to move, but they plan to take their Christmas celebration with them.

“Our family will live wherever we want to live to spread the message of Jesus Christ and the birth of our savior,” Jeremy Morris told the Idaho State Journal. “We’re looking forward. We’re positive. We’re excited.”

That’ll buy a lot of Christmas lights… and maybe even a second camel.