Ann Curry: I'm not surprised by the allegations against Lauer - The Horn News 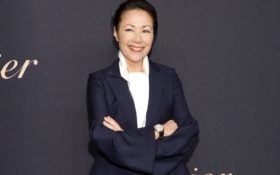 Former “Today” show anchor Ann Curry says she’s not surprised by the allegations that got former colleague Matt Lauer fired and that there was an atmosphere of verbal sexual harassment at the NBC show when she worked there.

Curry lost her job after less than two years as Lauer’s co-anchor in 2012 and left NBC in 2015. She told “CBS This Morning” in an interview Wednesday that it “hurt like hell.”

She offered no specific examples of wrongdoing, saying she didn’t want to cause more pain. Lauer was fired in November for an inappropriate relationship with a colleague that began in 2014.

Meanwhile, “Today” announced that Libby Leist is replacing Don Nash as executive producer for the first two hours of “Today.”

That means that the three executives running the show are all women. The announcement comes two weeks after NBC appointed Hoda Kotb as Lauer’s replacement , working alongside Savannah Guthrie — meaning the show has two women in its lead on-air roles for the first time in its history.

Curry has been quiet since leaving “Today” but she gave Wednesday’s interview to promote an upcoming show on PBS.

“I would be surprised if many women did not understand that there was a climate of verbal harassment that existed,” Curry said, later amending that to add the word “sexual.”

She said the world is “waking up to a reality, an injustice that has been occurring for some time.

“I think it will continue until the glass ceiling is finally broken,” she said. “This is about power, a power imbalance where women are not valued as much as men.”

Curry’s tearful farewell proved disastrous for “Today,” leading it to lose its long-held position in first place in morning ratings. Many viewers blamed Lauer; when asked if she believed he was behind her firing, Curry said that “I’m not the one to ask.”

“You’re the only one to ask,” said CBS’ Gayle King.

Curry said that at this point she had just let it go.

She said it was overdue that two women — Guthrie and Kotb — were the co-hosts of “Today.”

“Many of the viewers of the morning broadcast are now women,” she said. “It’s overwhelmingly women. And so the idea that women are involved, speaking to women is actually an overdue idea.”

Leist, the new boss for the 7 to 9 a.m. hours at “Today,” joined NBC in Washington in 2001, and has been a senior producer at “Today” for five years. She joins Jackie Levin, who oversees Megyn Kelly’s “Today” hour at 9 a.m., and Tammy Filler, executive producer of the 10 a.m. hour. NBC News President Noah Oppenheim is the executive with overall oversight of the show.

Nash has been with “Today” for 30 years and been executive producer of the first two hours since 2012. He said he’s leaving to spend more time with his family; behind-the-scenes leadership changes are not uncommon when anchors change at shows.

“Today” has slipped past ABC’s “Good Morning America” into first place in the morning ratings since Kotb began subbing for Lauer the day he was fired, its longest winning streak in years.