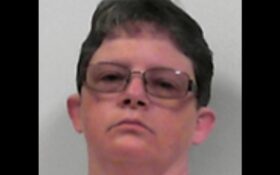 They were seven men who served America bravely.

And they deserved much better than the horrible deaths they received at the hands of Reta Mays.

Mays, a former nursing assistant at Louis A. Johnson Veterans Affairs Medical Center in Clarksburg, WV, pleaded guilty in federal court this week to killing seven veterans by injecting them with insulin.

Her killing spree reportedly lasted from July 2017 to June 2018, when doctors and administrators became suspicious about patients suffering from unexplained low-blood-sugar episodes.

Medical staff were able to normalize his sugar levels and save him, then Mays injected him again, ending his life.

At the time he died, Edgell had been married for 62 years and had three children and 10 grandchildren.

In all, Mays — who had no permission to administer insulin — was accused of injecting eight veterans.

Mays pleaded guilty to seven counts of second-degree murder and one count of assault with the intent to kill.

“My heart goes out to the families and loved ones who tragically lost a veteran and have had to endure this injustice,” West Virginia Sen. Joe Manchin said in a statement. “As a member of the Senate Veterans Affairs Committee, I will not stop until we determine how this could have happened, and ensure it never happens again.”

Unlike the elderly patients she killed, Mays is only 46 years old. And it looks like she’ll never get out of prison.

Prosecutors are recommending seven consecutive life sentences, with an extra 20 years tacked on.

That’s still probably not enough — not for the veterans’ lives she took.