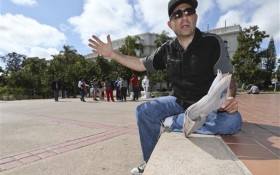 Demand for long-term care is expected to increase as the nation ages, but the majority of Americans 40 and older lack confidence in their ability to pay for it.

The annual cost of long-term care expenses range from $17,680 for adult day care to more than $92,000 for a private room in a nursing home, according to Genworth Financial.

Yet an Associated Press-NORC Center for Public Affairs Research survey finds that a third of Americans 40 and older have done no planning for their own-long term care needs, such as setting aside money to pay for a home aide or to help with daily activities or a room in a nursing home.

The poll says about 4 in 10 don’t think they will ever need long-term care.

“I’m very healthy at 68 and I really don’t have any impending and current problems. I’m self-sufficient,” said Brad Woolsey, of a small community near San Francisco, California.

That mindset runs counter to figures from the U.S. Administration on Aging, which says nearly 70 percent of people turning 65 will need help with daily activities in their golden years.

Medicaid, the health insurance for the poor and people with disabilities, is the primary payer of long-term care, spending $146 billion in 2013. Nearly $89 billion was just for seniors.

But the survey found that nearly 4 in 10 respondents mistakenly expect to turn to Medicare, which doesn’t pay for long-term care. Respondents with incomes below $50,000 were more likely to expect to rely on government programs.

Jeanie Powell, 58, of Albuquerque, New Mexico, said she was confident she could afford long-term care until about a year ago when she learned that her insurance policy would cover only $1,000 per month in an institution.

“It won’t even put a dent in the cost,” Powell said.

Powell said she bought her policy in the 1990s, before she was diagnosed with multiple sclerosis. Now she is worried and unsure about what she’ll do. She stopped working in 2002 and her health continues to deteriorate.

“I have good days and bad days and days I can’t tolerate the pain,” Powell said.

At the other end of the spectrum, thirty-six percent of older Americans expressed confidence in their ability to pay for long-term care, up from 27 percent in 2013, the first year of the survey. Those figures are consistent with other measures of consumer confidence following the Great Recession of a few years ago, according to a report by the Conference Board cited by the survey.

Men were more likely than women to be confident, and so were older Americans with higher incomes, better health and more education.

Robert Nadel, of San Diego, California, said he has always feared not being able to care for himself later in life.

“In our family, we didn’t send someone to the nursing home,” Nadel said, adding that he grew up with his grandparents. “Nowadays, it isn’t that way.”

Nadel, 44, doesn’t have children, and though he has nieces and nephews, he knows he will be on his own. This awareness has made planning for the future a priority, even in difficult times, he said. When he lost his job during the Great Recession, he borrowed money to continue making the monthly payments on his long-term care insurance policy.

The more in control people feel about the world and their life, the greater the sense of confidence in their ability to plan for the future, said Kit Yarrow, a professor emerita at Golden Gate University in San Francisco who specializes in consumer psychology.

The AP-NORC Center for Public Affairs Research survey was conducted Feb. 18 through April 9, with funding from the SCAN Foundation. The nationally representative poll involved landline and cellphone interviews with 1,698 Americans age 40 or older. It has a margin of sampling error of plus or minus 3.4 percentage points.