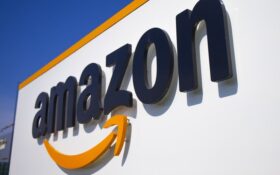 Online retail giant Amazon could be held responsible for breaching luxury shoemaker Christian Louboutin’s trademark rights over the sale of counterfeit red soled high-heeled shoes on its platform, the European Court of Justice ruled on Thursday.

Third-party sellers on Amazon regularly advertise red-soled stilettos that are not made by Louboutin. The French designer brought cases against the company in Belgium and Luxembourg in 2019, arguing that he did not give his consent for these products to be put on the market.

Louboutin shoes’ red outer sole, for which they are known, is registered as an EU and Benelux trademark.

The EU’s top court said that users could mistakenly think that Amazon itself is selling shoes on behalf of Louboutin, noting that it may be the case when, for instance, Amazon displays its own logo on the third-party sellers’ ads, and when it stores and ships the shoes in question.

“These circumstances may indeed make a clear distinction difficult, and give the impression to the normally informed and reasonably attentive user that it is Amazon that markets — in its own name and on its own behalf,” the court said.

The luxury house said the court’s decision is “a victory for the protection of its know-how and creativity.”

“It initiated these proceedings to obtain recognition of Amazon’s responsibility for the offering for sale of counterfeit products on its platforms by third parties. It also brought this case to encourage Amazon to play a more direct role in the fight against counterfeiting on its platforms,” Maison Louboutin said in a statement.

The EU court said it’s now up to the local jurisdictions in Belgium and Luxembourg to determine whether users on the online marketplace could have been under the impression that ads did not come from third-party sellers but from Amazon itself.