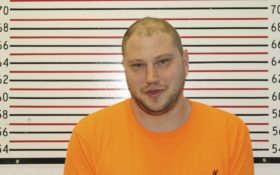 A man who authorities say lured a 13-year-old girl from her Seattle-area home and drove with her into Oregon was arrested when the rental car the two were traveling in became stuck in deep snow, Clatsop County Sheriff Tom Bergin said Tuesday.

Christopher Thomas Knox, of Hillsboro, Oregon, called the sheriff’s office for help when the car became stranded on a state road in the Clatsop State Forest, authorities said.

Knox, 37, at first told responding deputies the girl was his daughter, Bergin said. But it soon came out that she was from King County, Washington and was with Knox without her parents’ knowledge, the sheriff said.

Knox made an initial court appearance Tuesday, but he did not enter a plea on charges of online sexual corruption of a minor and luring a minor, according to online court documents. He is being held on $250,000 bail and has another hearing next week.

His court-appointed attorney, Kristopher Kaino, did not return a call or email message seeking comment.

Investigators said they believe Knox sexually abused the teenager near her home on Feb. 15 and then a second time at a rest stop or state park somewhere between Tacoma, Washington, and Astoria, Oregon, later that evening, Bergin said.

Anyone who thinks they may have seen Knox and the teen is asked to call Clatsop County detectives.

The pair was traveling in a black 2018 Dodge Journey with California license plates. They may also have been spotted by fellow travelers standing outside the car wrapped in a blanket against the cold, the sheriff said. The weather was foggy at the time, he said.

The girl was taken to a local hospital for an exam and has since returned to her parents in Washington state.

Authorities in Oregon and Washington continue to investigate, and more charges could be filed, Bergin said.