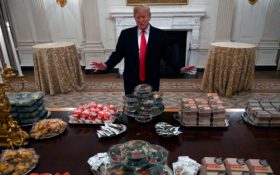 President Donald Trump shocked the world on Monday — and wouldn’t let the Democrat-led shutdown stop him from welcoming the college football champions to the White House.

Congratulating the Clemson Tigers football team for winning the national championship over the Alabama Crimson Tide, Trump welcomed the three-time champions to an all-American meal, a down-to-earth move that had people buzzing.

Big Macs, Whoppers and McNuggets graced the dining hall as the players arrived.

What can be more all-American and patriotic than that?

McDonald’s, Wendy’s, Burger King and even Domino’s pizza were all available to the players to feast on, with the president even footing the bill for the entire meal. Even salad from the Golden Arches were available for the players who didn’t want a “cheat day.”

Many elitists on the left were steadfast in trying to bash the president for his selection — but don’t tell that to Trump’s guests. The young men were seen smiling as they carried handfuls of burgers and sauces to devour. 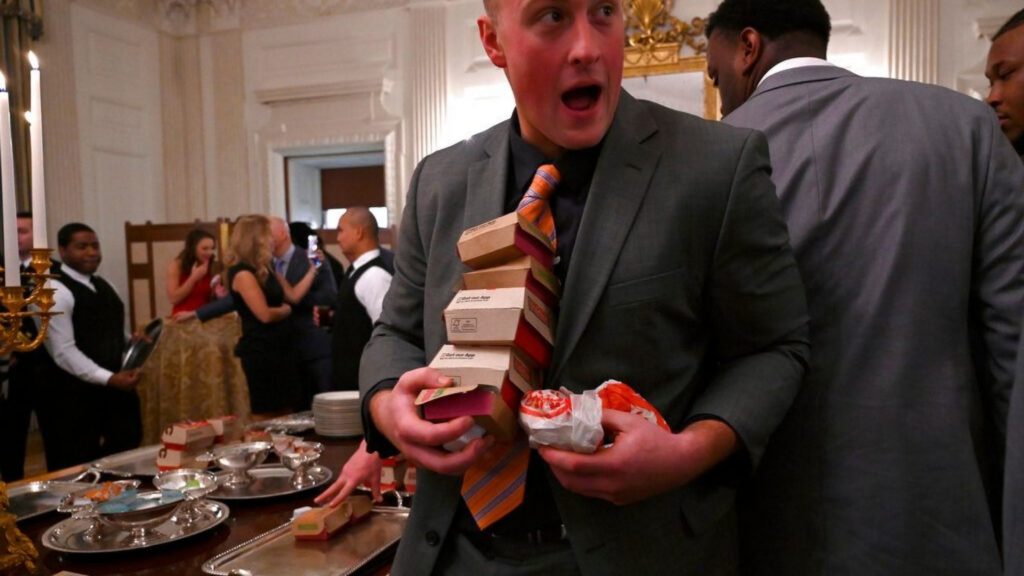 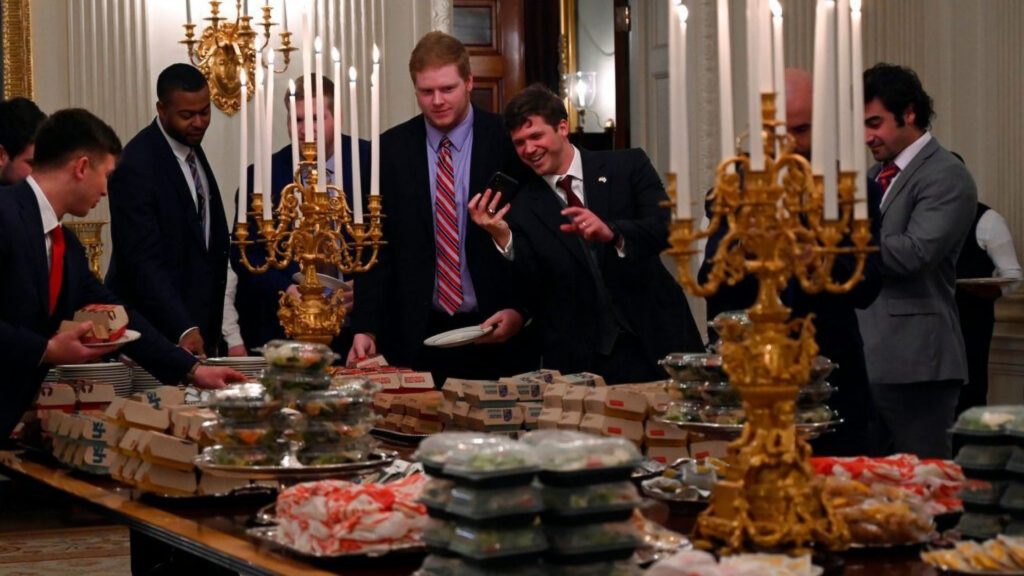 Even popular sports journalist Nate Silver agreed with the decision.

If I were a college student I'd think it was pretty sweet to eat McDonald's in the White House.

Despite being a billionaire, the president enjoys the simple things in life.

He loves the food of America, expressing in the past that he thoroughly enjoys fast food. He’s been seen regularly on social media enjoying McDonald’s fries or a KFC bucket of chicken.

His love of traditional American meals seems to be a part of his identity — something regular Americans can identify with.