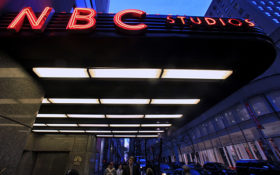 NBC News is preparing for another installment of its annual tradition, the Rockefeller Christmas Tree Lighting.

But the TV special event will look different this year.

Al Roker, longtime meteorologist for NBC’s Today, will be missing from the special, the Rockefeller Center announced on its website.

Roker announced a struggle with blood clots earlier this month.

“So many of you have been thoughtfully asking where I’ve been. Last week I was admitted to the hospital with a blood clot in my leg which sent some clots into my lungs,” Roker announced via Instagram on Nov. 18. “After some medical whack-a-mole, I am so fortunate to be getting terrific medical care and on the way to recovery.”

The other Today hosts — Hoda Kotb, Craig Melvin, and Savannah Guthrie — will host the special as scheduled. In Roker’s place, the co-hosts will cover the event with Mario Lopez. Lopez is the host of NBC’s Access Hollywood and a veteran actor from NBC’s Saved by the Bell.

So much to be #thankful for on the #thanksgiving day. Leaving the hospital and home for #thanksgivingdinner pic.twitter.com/Gu4Wpy6zLR

Roker’s co-hosts and colleagues wished him a speedy recovery.

Kotb said in an Instagram comment, “Al Roker– hurry back to us… counting the days xoxoxo.” Melvin followed up, “Love you brother … can’t wait to have you back!” Guthrie chimed in, “You’re the strongest person we know. We miss you and will see you soon!!”

Roker also earned well wishes from The Weather Channel’s Stephanie Abrams and from Today contributor Jenna Bush Hager. One fan added, “Looking forward to your return to Today, and making us laugh and be an inspiration to us !”

Following the Nov. 18 announcement, Roker missed the Thanksgiving Day parade for the first time since 1995, but he’s remained active on SiriusXM Radio.

NBC will air the Christmas special on Wednesday, Nov. 30 at 8 p.m.