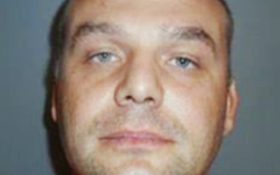 A Montana man dubbed the AK-47 bandit for the assault rifle he’s accused of using to hold up banks in several states has pleaded guilty to robbing a bank in Nebraska.

Richard Gathercole, 40, could face up to 35 years in prison after admitting Monday in federal court that he used an AK-47 assault rifle to steal more than $90,000 from a Nebraska City bank in 2014. He also pleaded guilty to a 2017 carjacking that led to his arrest.

Gathercole is scheduled for sentencing in June.

The FBI has been looking for years for the man they called the “AK-47 Bandit,” who typically wore a balaclava and carried an assault rifle with a drum magazine during the robberies. Investigators believe Gathercole’s first robbery was on Feb. 29, 2012, in Chino, California.

Gathercole is also a suspect in the shooting of a Kansas state trooper in 2017 and bank robberies in California, Idaho, Iowa and Washington state, but the plea deal stipulates he won’t be prosecuted for violent crimes in other jurisdictions, Assistant U.S. Attorney Lesley Woods said.

Some of the crimes had passed the five-year federal statute of limitations.