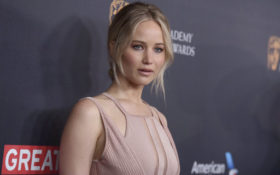 Jennifer Lawrence has acknowledged that a tabloid site’s video of her dancing on a stripper pole is the real thing, but the actress says she’s not sorry about it.

The video posted by Radar Online on Wednesday shows Lawrence dancing on a pole in what looks to be a dimly-lit bar. Lawrence responded on Facebook that she was celebrating one of her best friend’s birthdays during the night the video was taken and dropped her “paranoia guard” to have fun. She says she “had a BLAST that night” and isn’t going to apologize.

The Oscar-winning actress adds that she thinks her pole dancing is “pretty good.”

The posted video has since been published to YouTube —