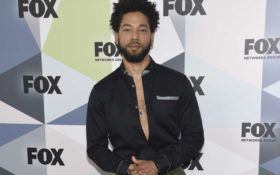 The department said in a news release late Tuesday that detectives reviewed footage from privately-owned cameras near where Smollett says he was attacked and will broaden their search by reviewing footage from traffic cameras and public bus cameras.

Smollett told police he was walking downtown near the Chicago River at around 2 a.m. on Tuesday when two masked men hurled racial and homophobic slurs at him, beat him, threw an “unknown substance” on him and put a rope around his neck.

The 36-year-old actor, who is black and gay and plays the gay character Jamal Lyon on the Fox television show, took himself to Northwestern Memorial Hospital for treatment.

“Empire” is shot in Chicago and is currently in production.