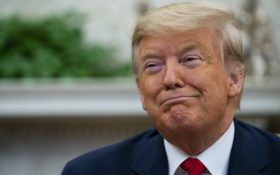 ABC News’ Jon Karl blasted former President Donald Trump and his inner circle on ABC’s “This Week Sunday” show and claimed Mar-a-Lago insiders are “freaking out” over the FBI raid at Trump’s residence and his search for legal counsel.

Karl said the concern among insiders was largely around Trump’s search for legal counsel to represent him in the case — and he slammed the 45th president’s current lawyers as “comically inept.”

“Privately, they are really concerned. And one of the big concerns here is that Trump has nobody defending him,” Karl said. “If you look at his legal team, it is comically inept and inexperienced. All of the big names who defended him through the first two impeachments, through the Mueller investigation, they are gone. There is real concern that he needs to bring in a heavy hitting criminal defense attorney.”

Despite Karl’s unproven claim, Trump has remained defiant. He issued a statement on social media after the FBI raid affidavit was released Friday —

Affidavit heavily redacted!!! Nothing mentioned on “Nuclear,” a total public relations subterfuge by the FBI & DOJ, or our close working relationship regarding document turnover – WE GAVE THEM MUCH. Judge Bruce Reinhart should NEVER have allowed the Break-In of my home. He recused himself two months ago from one of my cases based on his animosity and hatred of your favorite President, me. What changed? Why hasn’t he recused himself on this case? Obama must be very proud of him right now!

The FBI document did detail some of the investigation into documents reportedly held at Trump’s Florida estate. But plenty of questions remain, especially because half the affidavit, which spelled out the FBI’s legal rationale for searching the property, was almost completely blacked out.

That document gave the FBI permission to conduct an unprecedented warrant to search Trump’s winter home, reportedly to find classified records at the property.

It all raises questions about whether a crime was committed and, if so, by whom. Answers may not come quickly.

A department official this month described the investigation as in its early stages, suggesting more work is ahead as investigators review the documents they removed and continue interviewing witnesses. Intelligence officials will simultaneously conduct an assessment of any risk to national security potentially created by the documents being disclosed.

At a minimum, the investigation presents a political distraction for Trump as he lays the groundwork for a potential presidential run.

Meanwhile, Republican voters have largely rallied around Trump. According to a recent poll by McLaughlin and Associates, Trump has a four point lead over President Joe Biden in a hypothetical 2024 election rematch —

Experts agree that it’s hard to say at this point if Trump will be formally indicted. Search warrants aren’t automatic precursors to criminal prosecution and they certainly don’t signal that charges are imminent.

Even so, the laws at issue are felonies that carry potential prison sentences.

Trump has expressed anger over the stunning raid and records investigation. He has repeatedly said he and his team have cooperated with the Justice Department.

Did the FBI and DOJ go too far? Or should the investigation continue?

Should the FBI investigation into Donald Trump continue?