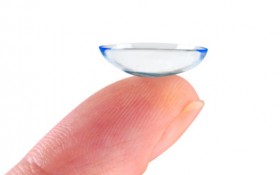 Contact lens makers struggled Thursday to defend their pricing policies in a federal appeals case in Denver that could have wide-ranging effects on the $4 billion industry.

At issue is a Utah law banning minimum prices for contact lenses.

The nation’s largest contact lens companies — Alcon Laboratories, Johnson & Johnson and Bausch & Lomb — asked the 10th Circuit Court of Appeals in Denver to strike down the measure. They said the law was crafted to help a homegrown discounter, 1-800 Contacts, but has the effect of changing lens pricing nationwide.

A lawyer for Utah accused the contact lens makers of nationwide price-fixing and said lens prices would drop as much as 35 percent nationally if the manufacturers dropped price minimums.

“The state of Utah has said, ‘We are getting rid of a price-fixing scheme,'” said Parker Douglas, who called the lens makers “conspirators.”

Judges asked Utah’s lawyer about whether its law discriminates against out-of-state retailers, who wouldn’t be allowed to use their price minimums at a hypothetical store in St. George.

Douglas insisted that the ban on price minimums is no different than states enforcing different minimum wages or other state-specific laws they’re allowed to enforce.

After temporarily blocking the law earlier this year, the 10th Circuit allowed the measure to take effect as the case unfolds.

1-800 Contacts, one of the country’s largest discount sellers, has since dropped its prices by up to $15 a box on some brands that were subject to the manufacturers’ minimum prices.

The contact lens manufacturers say the Utah law violates interstate commerce regulations because it allows 1-800 Contacts to ignore price minimums in online sales to customers outside state. Utah argues those are considered in-state transactions, no matter where the customer is.

The contact lens makers started setting minimum prices about two years ago to protect eye doctors from being undercut by discount sellers. If a company sells at too steep of a discount, the manufacturers pull their products.

Though most contact sales still come through eye doctors who bring the manufacturers new customers with brand-specific prescriptions, discounters have taken a bigger slice of the market in recent years.