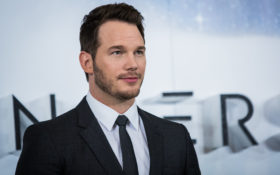 Superstar Chris Pratt used an awards ceremony Monday night to spread the word of God to millions of young Americans — and the move has Christian believers across the country celebrating. He opened up about his faith during a speech at the MTV Movie & TV Awards that proclaimed “God is real.”

The actor, famous for his roles in the “Guardians of the Galaxy” and “Jurassic World” franchises, directed his advice to the next generation as a part of his acceptance speech for the 2018 Generation Award.

“This being the Generation Award, I’m going to cut to the chase and speak to you, the next generation,” he began.

His list of practical advice mixed both comedic and earnest statements, juxtaposing “Don’t be a turd” with “Nobody is perfect.”

Among the advice was rule 6, his proclamation of Christian faith: “God is real. God loves you. God wants the best for you. Believe that. I do.” His eighth rule followed the same sentiment. “Learn to pray. It’s easy, and it’s so good for your soul,” Pratt said.

Pratt shared some more good advice with the crowd, such as rule number 5 that says, “Doesn’t matter what it is — earn it. A good deed, reach out to someone in pain, be of service; it feels good, and it’s good for your soul.”

He ended his speech with an acknowledgement that we are all imperfect beings created by God. It is only through Jesus Christ that we can receive the grace of God.

“Nobody is perfect. People are gonna tell you you’re perfect just the way you are — you’re not. You are imperfect,” Pratt declared. “You always will be. But, there is a powerful force that designed you that way. And if you’re willing to accept that, you will have grace. And grace is a gift. And like the freedom that we enjoy in this country that grace was paid for with somebody else’s blood, do not forget it. Don’t take it for granted.”

It’s not often celebrities are brave enough to stand up for their beliefs and who encourage young people to embrace our Savior Jesus Christ — and they should be celebrated when they do.

You can watch the entire speech here:

— Matt Brown is a journalist for The Horn News. He seeks to expose government corruption wherever it occurs.