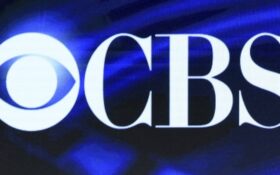 In a designation that feels a little less significant every year, CBS has finished the 2020-21 television season as the nation’s most-watched television network for the 13th consecutive time.

CBS averaged 6.28 million prime time viewers in the Nielsen company’s measurement of live-plus-seven viewing, which includes everyone who watched a particular program live and within the next week. CBS has won 18 of the last 19 years, the one-time exception being Fox when “American Idol” dominated TV.

Increasingly, however, the measurement doesn’t reflect how people experience television, because it excludes streaming services and binging of programs outside of their first-week window.

Even though the pandemic kept more people at home, CBS’ prime-time viewership was down 18% from the previous year, as was second-place NBC’s. ABC was down 14% and Fox lost 33% of its audience, Nielsen said.

The CBS drama “NCIS,” which aired its first episode in September 2003, was the most popular scripted show, averaging 12.5 million viewers per week. It has been TV’s most popular drama for 11 of the last 12 years, a streak interrupted only by NBC’s “This is Us.”

In a positive sign for the network, its second most popular show was the rookie drama “The Equalizer,” starring Queen Latifah.

Only one of the 35 most-watched programs of the season — CBS’ “Young Sheldon” — was a comedy, Nielsen said.

NBC’s three most popular scripted programs were the three Chicago-set dramas from veteran producer Dick Wolf. For Fox, the most popular shows were the Ryan Murphy-produced drama “911” and its spinoff, “911: Lone Star.”

ABC’s favorite was the 21st most popular show on the list, “Grey’s Anatomy.”

NBC was the most popular network in prime time last week, averaging 4 million viewers in live viewing. CBS had 3.6 million, Fox had 3 million, ABC had 2.9 million, Univision had 1.5 million, Ion Television had 970,000 and Telemundo had 930,000.

TNT was the most popular cable network with its NBA playoff coverage, averaging 2.41 million viewers last week. Fox News Channel had 1.91 million, MSNBC had 1.31 million, HGTV had 1.22 million and ESPN had 995,000.